Films that ought to be made, or maybe were made, at least the voices tell me it's so 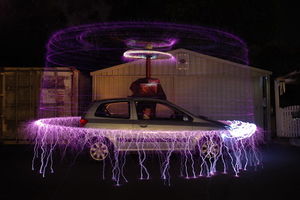 This space reserved for caption.

House of Return of the Blood Son of Revenge in a Cabin For Daddy - (Hennkrie Widonk, Clavichior Mongerism) A remake of the second part of a remake of a 1962 thriller. A swelling on Harvey's calf erupts in a doctor's office, depositing an ectoplasmic goop onto the widow Jenkins' throat. Terror ensues, the power goes out, the National Guard can't be reached due to a particularly violent sunspot, demons from parallel universes (with a few perpendicular or more) running amok in the canyon, nukular missiles launched at an asteroid headed for Earth with a cargo of Gojira-like creatures and the Reverend Stroupe is out golfing the back nine, unreachable save for the current record holding marathon runner of the last 4 seasons being in town getting his parakeet buttered. (1959)

“Faith means not wanting to know what is true. And you should totally believe a definition of faith provided by the guy who killed God. Or else!”