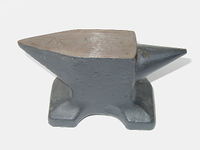 There might even be fragrant wieners under this anvil.

Once upon a time, a title in search of an article found itself rematerialized (apparently) without regard for race or creed, on a hot, humid day. Here it landed, where, of course, it would, being the title of the page, in and of itself. Simon, a pre-Jesus prophet of some repute in Perea, [1] phased himself back into reality during a power outage in Canada last week. Hoping to capture some of that so-called Golden Hour, Lenin was said to have contracted walking ammonia, but avoided death some three days after Saint Bailiwick.

Wink wink, you think, as you sink into depression with a blink, bringing yourself to the brink of being, a sink of links, a kink in the minks, a drink of ink, a stink of a fink, pink blink, slinky skrink, Ed Gein's wink wink as he butchers people... Think!

I say think! Even as the words drool [2]and runnel off the page into that splendid wetware, refusing medication is never an option. At hospital, psychic crack heads drifted in and out when broken dreams of Harvard educations and fraternity memberships were often esteemed beyond their shallow absolute values.

After you get to know him, he's not bad. That's another way of saying something else altogether, which isn't nice, actually. Right? Of course. "This whole tiresome thing of ours" is an expression best not used, so as to prevent confusion with the Mafia. As the smaller mammals get more belligerent, the howls and cackles [3] subside suddenly, the wood becomes spooky, and fathers clutch their children tight to their triceps.

Rigid adherence to the rules in such games as Rock, Paper, Scissors, Thermonuclear Weapon can most efficiently be won using the "tit for tat" strategy. Presented in an orderly fashion, in increments of Avacodo's Number, the winner's circle eventually becomes the Universe's prom queen.

Since everything moves in the same direction...[edit] 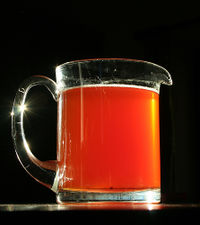 Since everything moves in the same direction, all stuff is one way. This can be said of everything, since, by definition, everything is involved. Well, everything we can see, so far. Maybe the rest of gravity is on the other side of that veil, if indeed the veil even exists. And so they [4] postulate that the Universe is tilted [5]. Hah! Can you imagine?!

Reconcile this with other evidence from the cosmic microwave background radiation studies, malted milk balls, choo-choos, a PS3 and several catamarans and things become clear. Eeking out a living, scratching the salt out of the old wounds of smitten soldiers, the prattlers and cacklers proceed, one by one, in a parade of geeks. Not the modern usage of the word geek. Here we refer to carnival geeks.

Consider the lowly bower bird. Lowly only in the sense that it nests close to the ground. It grabs the pencils when it sleeps, dreams of lilting elf voices deafening his fragile mind with jibber-jabber. Reconditioned fumigants are still under discussion by the board, and official announcing will be performed by burning buses from New Hampshire.