"Are you certain this is safe?" Harry asked. Aziz Abdul Rahman, who was unpacking his telephoto lens carefully from its flight case, looked positively bemused. 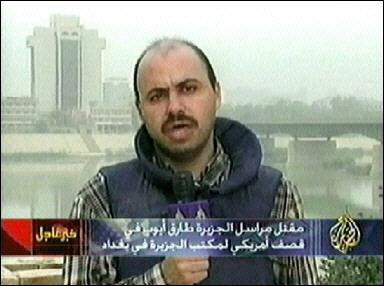 "Do not worry yourself needlessly, my spectacled companion," he soothed, "I have done this for many years... And you... the Chosen One... you have braved far greater dangers against the Death Eaters."

"But not against military troops," Harry warned, "They eat death with Oreos and Cheez Whiz."

"If you can duck a killing curse, a bit of machine gun fire should pose no threat," Aziz replied, "Besides, we are media... respected members of the International press."

"Just the same, I'd prefer to be cautious," Harry said, "Do you know where I could get a turban that unfurls into a surrender flag?"

They had barely left the parking lot when they saw a vanload of civilians. The vehicle appeared to have run out of fuel.

"Come! They look like they could use some help," Aziz smiled, "Can you make it fly?"

Aziz began speaking in rapid Arabic to the stranded passengers when Harry became aware of the beating of approaching helicopter blades.

The dust began to fly as bullets pierced the dusty ground. Looking fiercely determined, Harry spun on his heels.

"Stupefy!" Harry shouted. A direct hit, but there was no effect. "Stupefy! Stupefy! STUPEFY" He felt the bullets slice his flesh into ribbons.

"It's no use, Harry. Wrong spell." Aziz breathed, shaking his head, "I should have said... I thought you knew... They're immune."

Harry winced, the realization dawning on him... too late.

"Already... too... stupid..." Harry breathed, as darkness overcame him.