"Lazytown" is the code name of an alledged top-secret CIA attempt at controlling the thoughts and emotions of today's youth.

It is commonly aired on children's television channel's under the guise of a harmless kid's show starring a group of mentally retarded children who are often assisted by a large, athletic, likely psychotic man (known on the show as "Sporticus") who lives in a balloon in the sky. However, recent evidence strongly suggests that viewing Lazytown will make the viewer more likely to commit one or all of the following: Arsen, battery, being a Republican, and many more horrible things, but more often just being plain stupid. This is a result of the alledged attempts of the CIA to artificially produce a more outright, upstanding society. According to their current records, as supplied by alledged former CIA agent Nutty McShithead on notebook paper, the CIA will have hypnotized much of the world's population ages 5 and under by 2012 using "Lazytown" as the catalyst. 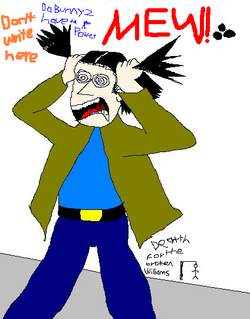 The effects of Lazytown withdrawal.

According to the anti-conspiracy group We Know Spock Exists, the CIA has been asked recently about whether or not Lazytown has been as effective at mind control as the 1950's MK-ULTRA tests using LSD. Indeed, Lazytown has been at least 250% more effective than any drug used in MK-ULTRA. This has made the good-meaning guys at the CIA very pleased. They have since ordered to increase production of Lazytown two-thousand fold. This will result in child after child viewing Lazytown to the point where they will fall into an all-out Lazytown addiction. If parted from a TV set, they will go into convulsions, craving so greatly to see the dancing lobotomized blimp man and his Circus-bought friends. Eyeball implosion is possible in the most severe cases. This data supports the notion that "Lazytown" may have the potential to be stockpiled as a weapon of mass destruction. This makes Lazytown 10000000000000x more lethal than any weapon project in the past. This has attracted attention from some of the big weapons makers, with quotes by Larry the Cable Guy ("We should hypnotize them negroes with it"), Tommy Lee ("We could use it to hypnotize liqour stores to give out free beer), and George Bush ("Me, uh, likes duh show"). 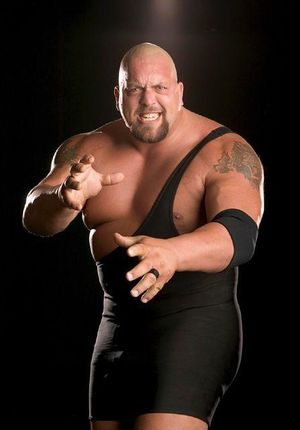 An alledged sighting of the "Sporticus".

"Sporticus" during his time as Superman.

Recent information has been uncovered that shows the origins of the athletic "Sporticus" creature that lives in the big balloon. He was born in 1900 in Shizzville, France. He was a Nazi general in World War II. In fact, at the end of the war, he was forced into an eternal stupor when he recieved a Lobotomy by American Medic Dr. Lobotomizer. After this, he layed in exile until he returned in the 60's under the assumed name Superman. In 1971 he was once again forced underground due to his heroin addiction. In 1997 he finally admitted himself to Rehab, where he stayed until late 2003, when, according to Uncle Benny, the CIA offered him the deal of his life. He was allowed out of Rehab on the condition that he play the athletic homo balloon-inhabiting character in their mind-control project "Lazytown". The former Nazi General/superhero/heroin junkie accepted, thus exposing his mind-controlling anthems to billions of children everyday. The children used in Lazytown where acquired from Circuses.

Just recently, the athletic stupid man's blemp exploded in mid air and crashed into a nuclear power plant. Nearly everyone within 10000000000 miles died, but the "Spoticus" creature somehow survived. As a result of the exposure to nuclear fusion waves and shit, the athletic stupid man began to mutate in grotesque ways, sprouting multiple arms and legs, and about 5 mutant dicks. Some think the effect may fade, other medical experts see permanent damage. Until his recovery, he will only be allowed to participate in the Lazytown project 6 times a week, instead of the usual 7 and a half. This in turn has caused a horrible onslaught of "Lazytown addicts" to sworm cities worldwide, on a rampage due to the symptoms of Lazytown withdrawal and television wave-induced retardation.

It is a well known fact that George Bush absolutley loves Lazytown. You see, since his mind is so simple from the start, he can't be hypnotized by the show. And he won't miss one episode. He plans to sport a Lazytown tank top during his 2009 "Reign 4Ever" Speech, to celebrate his vicotory as Emporer of the Solar System. This shows us another purpose of "Lazytown". It was all a plot from the beginning set forth by the Bush Administration and the CIA. The athletic homo was just a heroin junkie turned puppet they used to help create "Lazytown". With this done, Lazytown hypnotizes to whole worlds population (except for George W. of course) to support the beginning of the Bush Dynasty.

Possible cause of economic downfall in the US[edit]

A recent investigation suggests that economic downfall in the United States may be caused by Lazytown. Records show that since his Great Dynasty began in 2000, George W. Bush has used at least 65-500% of the U.S. budget to fund the show. Upon questioning Bush confirmed the study and even went on to endorse his act with great joy. The CIA, however, is not so pleased. Since the U.S. economy is collapsing into the pits of Hell, more and more people are becoming unable to afford television sets. Upon a meeting, however, they decided that Bush could continue to use the U.S. budget to fund Lazytown, because they didn't have enough funding at the time to hire Bush's assassin. As quoted by the Director of the Lazytown Project- "In the end America will blast it's way through this deep dark scary thing and prevail! And Lazytown will allow us to do this". Though this claim was immediatley disputed by all of the world's scientists, the U.S. Government and the CIA didn't listen to them because they knew Lazytown would work. After all, they always tell the truth and give factual information. Take Reefer Madness for example.