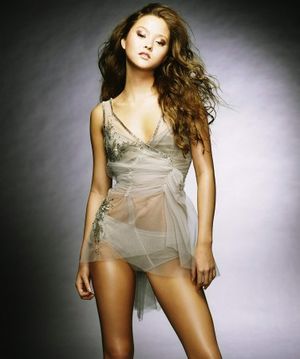 Devon Aoki: Not available in retail stores, wholesale outlets, or from your neighbourhood human trafficker.

A processor is the thingy inside your computer that computes the various processes that make your computer fun and useful, such as rendering pornographic websites and running video games. Processors are notable for being small, hot, and extremely expensive. So is Devon Aoki, but to our knowledge she cannot play Metal Gear Solid or Grand Theft Auto. She is, however, reputed to be able to display pornographic images of her body. Sadly, she is not presently for sale.

The first processors that saw widespread consumer adoption were produced by the Cuisinart Corporation. These were largely self-contained units that did not rely on a computer. They did however include an attached plastic dome monitor, where the activity of the processor could be visually observed. Popular applications that ran on the Cuisinart included: coleslaw, shredded carrot, egg salad, and the ever popular milkshake.

While these processors did not suffer from the heat dispersal problems that current generation CPUs do, they were enormously dangerous. The primitive circuitry of the time did not distinguish between hardware and software, nor between artificial reality and real-world objects. Consequently, many thrill seekers -- as well as the miserably ignorant -- lost fingers, toes, and other dangly bits to the rotary processing might of those old machines. Sorry. No pictures of the maimed are fit for inclusion here. 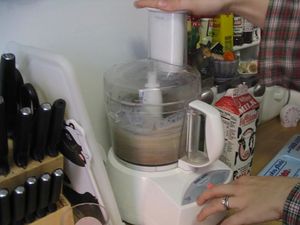 First generation processors were largely composed of plastic and stainless steel. Software was run at extremely high speeds (for the time), by the turning of a swirly-whirly rotary blade. Various buttons at the base of the unit allowed for user control, though it wasn't always clear that the various modes produced distinctly different results. Historians have since surmised that the buttons were probably included to provide the appearance of advanced functionality, and to provide weak-minded simpletons something to play with. Not surprisingly, these were a near-instant hit, and are now also regarded as the first generation ancestors of the hand-manipulated controllers that are common to modern day PCs and video game consoles.

Beginning in the early 1980s, a miniaturization craze resulted in processors shrinking down to the size of a book of matches. Thereafter, theyy ceased to be self-contained units, and instead became separate pieces of the PC. In the newly designed computer case, the clear dome top was phased out along with the neat plastic rammer used to shove in the software. In replacing this with cases sheathed in sheet metal, much of the danger of lost dangly bits was eliminated, along with much of the fun of watching them go whirrr whizzz cha cha cha plub plub plub smush smush smush.

From 1981 onward, the number of fingers, toupees and penises puréed by misadventure dropped to near zero. Insurance companies heaved a collective sigh of relief. Doctors initially mourned, but soon busied themselves with spontaneous, anonymous sex with nurses, orderlies, candy stripers, comatose patients... anything really... while continuing to bill for deceased clients, and others that hadn't been in for a check-up in years. And meanwhile, the computer industry eventually devised other ways of amusing PC buyers -- a neck and neck race between hardware capability and software upgrades, fueling regular obsolescence by a neverending variation of memory speeds and types, video graphics arrays, sound card technologies and monitor sizes. Processors continued to double in speeds every two ears, double in width every 6 months, and double in height every 5 days (if you include the fan and heat sink). Which bring us to... 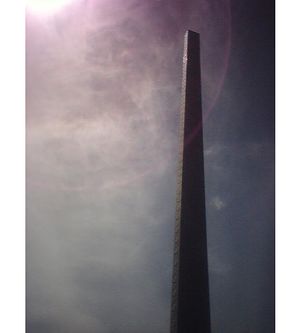 Promotional photo of the forthcoming Cuisinart processor, viewed from the ground. The manufacturer warns that some case modifications may be necessary. And remember: for a $50 rebate on your purchase, bring a copy of this article.

Today's generation of processors owe as much to building-trade architects as they do to the intellectually gifted but socially inept idiot savants, who are muzzled and chained to computer workstations in marginally developed banana republics and third-world nations that no-one really cares about anyway. It is from these technological sweatshops -- owned by a manufacturer we can't actually name here due to a standing gag order -- that the "skyscraper" processors emerged.

Because single core processors had enlarged to the point where they were in danger of consuming the entire footprint of a small bungalow, and the heat sinks were nearly as large as the air conditioning unit of an averaged-sized professional sports arena, the processor industry was in trouble. Then, one particularly foul-smelling but not-terribly-obtuse geek hit upon the idea of building upward instead of outward. Of course he was perched on the balcony on the 187th floor of his cheaply built company-owned condominium at the time, so it wasn't exactly a stroke of brilliance out of the blinding blue. More like a stray thought as he grasped for his Tamagotchi, which rolled and plummeted down the 187 floor drop, where it cleaved a DHL Express deliveryman clean in two.

Happily, the struggling manufacturer was able to avoid a costly, potentially lethal wrongful death lawsuit when the deliveryman's family found themselves far too poor to sustain proceedings against a multinational corporation. This was particularly true after the company made another killing, rolling out the next generation dual-core processor.

This was followed by the quad core, and the octo-core. Not to be outdone by the company-who-shall-not-be-named, Cuisinart recently announced their forthcoming 1000 core processor -- dubbed the kilo-core -- which will undoubtedly be the subject of much debate, envy, and wet dreams for journalists, technophiles and other miscellaneous weenies for some time to come.