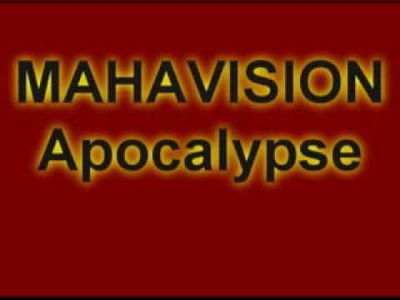 The original idea was to create a product that, when attached to eye glasses like clip-on shades, allows the wearer to see mahas coming from out to 800 yards. Unfortunately potential venture capital was not forthcoming because the target demographic was Mahavishnu Orchestra fans; not a large enough segment to invest.

This article is so unabout the Mahavishnu Orchestra featuring John McLaughlin. Since they are one of my favorite rotating collection of superb and masterful musicians and composers, I am highly offended. However, since this is Illogicopedia, my emotions have been shoved (admittedly by my own volition) through the looking glass. The result is an uncomfortable itching an eighth of an inch stage left of my right nipple. This is followed by an A 440 tone which only my imaginary friend Turkel can hear. He tells me when he hears it. While he's talking with me, about the weather or cantilevered cell phones, I get focused, and a red haired midget roofies me, usually in my Scotch.

Most times I come to at a tattoo parlor, a different one each time. The few other times were a convenience store, inside a whale (after that I legally changed my name to Jonah Ambergris-De Fenster), on a flight to Luxembourg and in a canoe on the Charles River, Cambridge side. Most times, I am in the tattoo artist's chair, and l'artiste is more than halfway through yet another bizarre and unique piece of artwork in the genre of the Cthulhu Mythos.

Day by day, I am becoming slightly more convince that Lovecraft was on to something. There may indeed be some old, horrible, apathetic incarnations of sinister forces, hiding behind dark mirrors, tenuously connected to our multidimensional construct, peeking out from time to time to remind us that since a time unremembered by any since the Permian mass extinction, they are still there. Hungry, perhaps. Or what passes for such a desire.

Or is it a need? Do these festering things long to brush their gelatinousness against one of the so-called sentient organisms, from time to time. It may feel like a thing that happens continuously in their perception of time, so ancient are they.

Gently at first, for they are unimaginably powerful, in ways the uninitiated can never comprehend. Usually during the night. A night of fitful sleep. The unknowing initiate will wake with a start, bolt upright, or perhaps leap from their damp, sweaty bed. A sense of something like revulsion begins deep in the belly, crawling up to the trachea, stalling, burning. 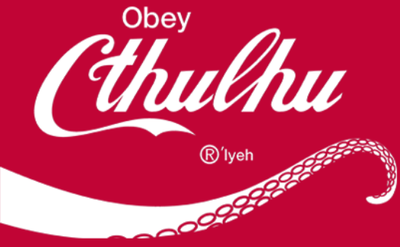 Sort of like when Rowdy Roddy Piper puts on the glasses in the film Them.

Later, days or weeks or more, it ultimately makes no difference, shadows tease at the corners of the eyes. Some things appear different, somehow sharp, like teeth but not like teeth. The comings and goings of unfamiliar smells, at first simply foul, manifest with increasing frequency. Hearing became painful at times, somehow sharper and duller.

And touch... that horrible sense of everything being rubbery, but with an ineffable dry sliminess. The most dreadful nightmares of snakes are but a pittance compared to the currency of the Old Ones. They trade in the fabric of reality, warping the tapestries of lives and worlds and galaxies.

Even taste is corrupted. All which passes the lips acquires a dank overtone of must and soot, rot and decay.