~ Adam West on himself

“Oh no. My flame-thrower appears to have set your tights on fire, better take them off”

~ Adam West on the following article

~ Batman on his alternate identity

“Heeey, why don't you seem to like my biggest gift yet?”

~ WEST ON WESTING A REST 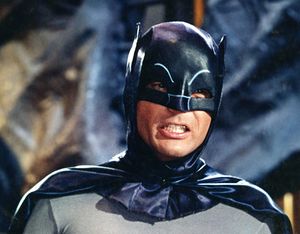 This kidney stone isn't going to pass itself.

Adam West used to be Batman. Now he makes cameo appearances in stupid shows making fun of himself, such as Family Guy and The Fairly OddParents. It is pretty cool that he will willingly make fun of himself, though.