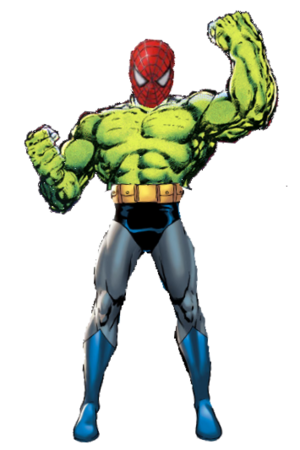 One night the pwnage of The Hulk, the awesomeness of Batman, and for some reason Spiderman joined in too and they combined to make the ultimate superhero; Batspiderhulk.

The Batspiderhulk went out on the streets and fought crime day after day. They fought their arch-enemy; The Green Joker... (Crap, who's the Hulk's arch-rival?) They saved people from the jaws of death.

The Death of the Batspiderhulk[edit]

The Batspiderhulk died one day...

We don't fully understand how.

DC and Marvel didn't bother explaining it in great detail.

But Howard/Leonard was involved or something.