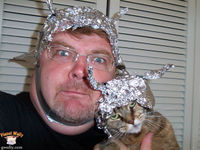 East is a force of nature, respected by Sodomites and mystics for thousands of years. The sun rises in the east. Some argue Western Civilization (always implicit that Western is somehow most modern and in some way superior) evolved from the east. All rivers flow from east to west. Wisdom always comes from the east. The so-called Far East is a place of eternal mystery. In short, east is east, west is west.

Stoners perform widdershins to the east before ingesting Kaizuming substances. Hebrew scriptures refer to, "ganders from the East, with great stench and honking, did invade and settle upon Jerusalem for 40 days and 44 nights, as a sign of Yahwehs great displeasure with His people." In Christian tradition, the end or the world arises from the east, "and as a great fart, of the likes unheard since the loosing of Noahs Arc, did the end times begin, and so the people did piss and moan greatly", according to St. John the Batfuck.

Bahá'ís believe that east is actually the direction Down, and therefore there should be 19 months of 19 days, with 4 intercalary days and a bucket of swine flu in a year.