You may be looking for Exclamation mark and not even know it! 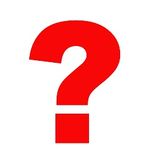 ~ Some guy on exclamation points

The exclamation point is the indicated location of an English sentence where the orgasm occurs.

How the Exclamation Point Works[edit]

First, the reader caresses and undresses the initial word of the sentence with his roaming eyes. This sensuous action sets up a potential near the beginning of the eager young sentence, similar to an irresistible electric charge. Word follows word in unbridled grammatical expectation, drawing the reader into heaving and pulsating semantics, which are often accompanied by intense mental imagery.

As the end of the sentence begins to draw nearer and nearer, the reader experiences the rhythmic pounding of metaphor clashing against metaphor. With only three short words to go, reader and sentence thrash wildly in the sheer throes of mutual literary passion. The very last word is the point of no return, when, suddenly, the intimate truthfulness of the sentence hits the reader with wave upon wave of ecstatic energy; and at that precise moment, the final symbol (namely, "!") hits the reader's raw and sensitive optical nerve centre with such compelling force that he (or she) is convulsed with an inner emotional and logical explosion; this is the exquisite release of pent-up tension which the reader has expended great effort to reach. The exhausted reader then collapses into a blithering puddle of sheer contentedness.

What If There Is No Exclamation Point?[edit]

If instead, the sentence happens to end with a mere period full-stop (.) or question mark (?), the reader is left dazed, confused, and cheated. Truly, a pathetic waste.

In Spanish, a sentence begins with an upside-down exclamation point (¡). What fun is that?