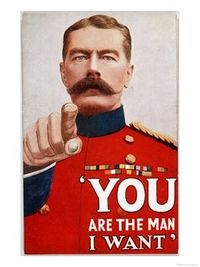 “That's how I got signed up”

~ André Breton on the above

~ Winston Churchill on eplaining how to gain new Illogicopedia members

There has been a lot of talk about gaining fresh new minds for the illogia but no one is quite sure or willing how. So the way me and Seppy see it, is that we all work together ('cept you MMF, :P ) to rectumify this problem. There was at some point some, like advertising code thingies to put on forums but I can't remember where they are. Eh Hindleyite? Hinttady hint hint hint. Another thought would be what kind of people we want to join Illogicopedia, what kind of people would want to join us, and what kind of people should we just laugh at from a safe distance? Uncyclopedia seems to be a good source of users whereas ED generally holds little water with our keep it clean policy. --Testostereich • (ballsack) 08:16, 4 Aym 2008 (UTC)

How do i join? --User:binclin

(Dies) You fool, I am allergic to bullets! They cause me to, er, die. :) Anyhow, the link for the banners I made ages ago is here:
Illogicopedia web banners... show your support! < < I've also bumped the topic for your convenience.

Right. I will suggest this: what does everyone do in real life? For example, I'm a kind of aspiring multimedia artist type person so I could make up some nice web banners for MySpace etc... oh, wait. Forget that...
If we could somehow get a mention on a famous website/TV programme/magazine I am sure we'd get loads of new visitors, good and bad. This is gonna be nearly impossible though. Anyone know anybody that works for the BBC? Teletext? -- Hindleyak  Converse • ?blog • Click here! 11:37, 4 Aym 2008 (UTC)

Update: I added a post to the Illogiblog with one or two ideas for promotion. Also, I may whore the site out on Uncyc a bit more (if I feel like it), and I would like an experienced MySpacer and Facebooker to help me out with creating/promoting some social networking groups. Cheers people! -- Hindleyak  Converse • ?blog • Click here! 11:58, 4 Aym 2008 (UTC)

We has an Illogicopedia facebook group? I couldn't find it, well, someone should make it pithaste, so i can join it. :D --Silent PenguinLeave Me Alone 14:56, 4 Aym 2008 (UTC)

idea!:Theres a website: www.scratch.mit.edu, and it lets u make videos , games, and stuff. i made a video advertising ?pedia!!! -RFK

Facebook group.
There's also a MySpace group somewhere and a Bebo one if I remember correctly. Testicles: You can forget about the Wikipedia page: we are nowhere near notable enough. For a start, ED's page was deleted ages ago and that's ten times larger than us. If we were mentioned in some reputable news articles we might have a chance.
Hmmmm, actually, come to think of it, Illogic's been featured in a few places since it started but only one is really half notable. I've been keeping track here, just for this instance. Why don't we ask some Wikipedians for some help? -- Hindleyak  Converse • ?blog • Click here! 10:55, 5 Aym 2008 (UTC)

Seeing as uncyc is our most reliable source of members etc, why not draft them a letter via illogimail? We may get noticed and the whoring potential is endless. --Testostereich • (ballsack) 17:51, 4 Aym 2008 (UTC)

I say words, normally, though I suppose in this case I ought to say something other than words so I could be more easily understood, but that never works, does it? Certainly, those are things now; whether they were in 2008 we will never know, because the aliens are constantly rewriting history. They call it a disorder - shame they haven't found a cure for it. Anyway, yes indeed, I am in full support of your mud pies. You may now proceed to drive them to Awesomeland. ❦ Flyingcat (meow?)fr: 02:14, 4 Jumbly 2014 (UTC)

Probably the most reliable method of recruiting new users that will be retained would be recruiting people that you already know. I can tell from experience with others that it makes it much easier to edit ?Pedia when you have someone there to ask questions to. Granted, assuming everyone else is in a Plato-ian style cave, then I suppose none of us know anyone. --T3 04:39, 4 Jumbly 2014 (UTC)

Having been recruited by another user myself I can see just how effective dragging people along can be. I've been trying to get someone I know to come along despite the notion that their only known ambition is a spam page, though I'm hoping that they'll end up the same way I did and move on to bigger and better things.
Considering now that we're into the next decade the whole Facebook thing is huuuuge, that could be a somewhat reasonable platform of external communication. I've never actually joined Reddit, though I'd definitely consider it if it meant building the ?pedia community.

One of our active users is someone I've recruited. If you really want to know which one, just dig through all the scattered personal information about me on Uncyclopedia. ❦ Flyingcat (meow?)fr: 16:00, 4 Jumbly 2014 (UTC)