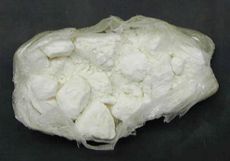 You can collect snow in bags. Look out for policemen, though. They really don't like it.

“Oooh... My life feels considerably happier in a temporary sort of way...”

~ Klox the Questionable on Snow

Snow is so white it makes coal look black. That's right, snow reaches all new unprecedented levels of color contrast ability! Without snow the whole world might appear a slightly blue tint. Try to wrap your head around that, sonny Jim.

Snow's use as a color decipher also gives it irrational and unexplainable value in internet culture. For example, typical internet users will rejoice to Facebook when it begins snowing for the first time each year. It also holds considerable weight in internet discussions, such as forums and boards. Post snow, and you receive instant authority. Hence why there have been strict regulations on snow usage established in most internet communities.

And now for a change in bellies![edit | edit source]

Somewhere in that flashlight, there is a place where I belong...

There's also a pink weathervane. And yet, it seems supercalifragilisticexpialidocious to say so.

Knight takes E3. It takes E3 right off the board and sets it down upon the computer in the snow.

AAH! THE WEATHER VANE IS POINTED AT ME!

Warning- DO NOT go near the bus. It is icy and will blow up, causing disruptions to your brian, your family and cheese. If it isn't vital don't go outside. Your blood will freeze up causing major embarresment. Your school is shut so is your job so is your life.