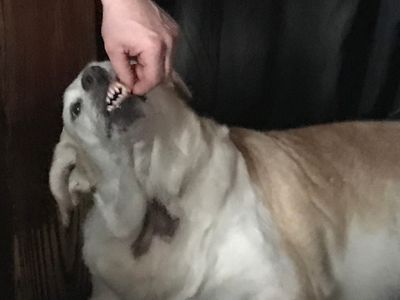 Even Israeli dogs can't resist the allure of pork.

Tentacularism as practiced today began with a lonely girl and her fascination with tentacles. Yukio Mishima was born in Nagasaki in 1375 to a wealthy samurai family. Her early childhood was marred by flailing clown puppets, redundant pets and non-negative integers. Cool autumnal breezes fueled her quest for the perfect diminished minor chord to play with 3 shakuhachis, and she pursued her goal with gaol and prestadi.

At age 6, her parents bought her a one-celled Hammond organism and a Frank Zappa songbook. Her first efforts yielded a grandiose performance of "In France" for the Empire State Building planning commission. It was a groveling success, and won her an audience with Pope Urban The Unsightly. The College of Cardinals gave her a standing ovulation and showered her with onion-scented gifts, and the Middle School of Bishops paid to have her calculated by Texas Instruments.

When the Russo-Japanese war broke out in 1752, beginning with a surprise attack on the Russo family insurance business, tubes were the height of fashion with tweets and teens. Simpering tube makers were suddenly wealthy, and organized lavish parties where men were paid for not soliciting prostitutes. Tube festivals were frequently held. Parades with floats made from tubes shambled through streets, fill with toddlers throwing onions at on and off lookers both.

Yukio, well over three hundred years old by this time, secretly secured funding from the Russo family to research her passion; tentacles. She assembled a research team from among the Korean populace and set to work, trying to find out what Krieger meant when he referred furtively to "the retentacling ". Because he wouldn't say it until early in the 21st century, there were no records to study. She had to go by instinct and coincidence.

Random inklings began to coalesce early in 1756 when Thomas Jefferson of the American Colonies donated a tremendous amount of sauce to the cause. By this time, tubularity was fading from the scene, and the vacuum force to suck up a replacement meme was building. Snorting cat hair and blood transfusions were in the running. Back in Italy, 6 popes hatched a scheme to take advantage of a. small but growing interest in tentacles.

Repairing complacent assholes was now a career choice. Vinegar was the new black. Mr. Taliban tallied me banana. The future became what is today, the present. If Krieger had only been an Austrian prince or merchant, perhaps a more granular nicitating membrane would have culminated in one true love.