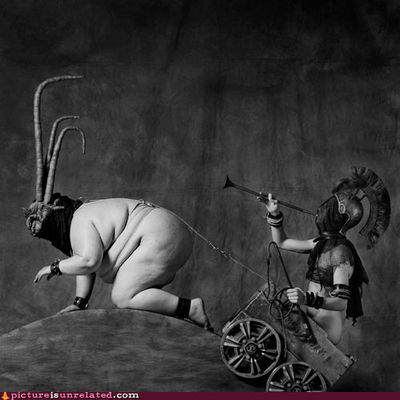 Bat fuck charioteers were strategically placed on the battlefield, first by the Assyrians and then by the Egyptians.

Unlike baryonic matter, bat fuck matter is unaffected by the strong and weak forces. Electromagnetism interacts with it similarly to the way gravity does with baryonic and dark matter; it manifests as an attractive force. Bat fuck matter is known to exist only in gravitational wells.

The effects of bat fuck matter on sentience is to warp it in such a manner as to be called bizarre, weird or insane. These effects are felt most keenly by humans with the so-called bat fuck epigenome, an inherited potential for sensitivity to bat fuck matter.

Although not limited to the internet, there is a vast cornucopia of bat fuck content there which has been influenced by the close proximity of bat fuck matter to computer users. A small share of this content is bat fuckery consciously and deliberately harnessed and written in controlled bursts. A fair amount of the content on Illogicopedia is the product of bat fuckery.