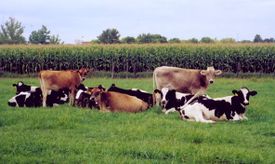 The lack of luster involved with crediting this article's debts means the bailiffs are now stuck in a shopping trolley on the A3.

Due to unpaid charity fees most of this article has been seized by the Uberpolice who are now wagering their loot on who will win the interschools police tiddlywinks championship. This will probably result in the only sober grue walking off with my article. Filling in for the article is something I threw together (I threw a couple of objects until they merged creating a secondary colour). .. Uh yeah, here goes:

After that amazing display of unlack of luster here is some of the old article I bought back with Gandalf's soul.

Of course being declared trash the bit of the article I salvaged is about as worth as much a certain bit of dirt on my shoe. (Not the other pieces of dirt because they are covertly hidden priceless goblin wrought 10nth generation pieces of Uberdirt).