The Nicest Guy in Hell 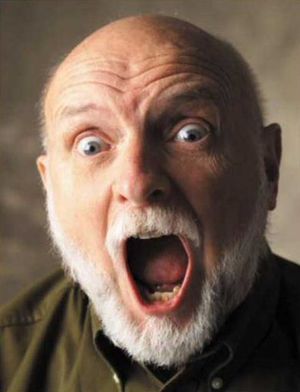 Worse than your worst bad roll on the green during an otherwise cheery game of golf.

He was sober and gainfully employed, as a podiatrist if you must know. That means that his day to day life was combating fallen arches, toe fungus, and plantar's wart infestations. Now for most people with a normal sense of smell, this would already be somewhere on Mephistopheles Boulevard in Hell's Kitchen—albeit on the block with the large, air-conditioned mansions with four-car garages.

But not Phil: he loved the smell of Nystatin in the morning.

He didn't cheat on or otherwise abuse his wife, although she secretly referred to him as "Minuteman" in private gossip sessions with her friends. No serious crime there. He might have been a bit trigger happy, but he was mostly a straight shooter.

Phil just happened to stray too far on the wrong side of the line with a few too many minor transgressions spread over an inordinately long lifespan.

Yep. Phil went to Hell on a technicality. The rules governing the criteria for eternal damnation are kind of funny that way.

His list of sins is really a bit too long and dull to give in its entirety, but three things really ended up costing him his key to the Pearly Gates:

The corresponding wisdom to be learned from this: