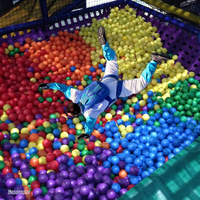 I don't think you should throw it on the ground.

You want to polish the floor? I think we are the help. Let's do it again. A little bit, but you helped me get ready for this. Besides, our friends need our help. Oh, come on, it's so much fun. Just one more ride. Not again.

¡Hola muchachos! ¿Did you fix it? I can't move. I don't wanna move. That last game of dodge the ice cream was too much. But it was tasty. No. I've had enough, and so has everyone else. We can't just keep eating ice cream all the time. Do I look like someone who would hire a clown? Nobody cheers and eats treats with me. Mine's a triple dipper *hic* and it came from my garden. Oh. I hope this doesn't stain. No! Everyone, up. We're gonna have fun! How do I shut this thing off?

Smell my flower. Get it sour.

What? I just called her Stumbles.

And we told her falling-down story over and over. She even got our picnic basket stuck on her head. That probably didn't make her feel güd. I love the patterns and the colours. I understand how you feel. But they don't realise that you're embarrassed. Oh, of course you do. There's been lots of times when I've felt exactly the way you're feeling right now. I don't like how I feel. I'd forgotten all about that. What do you think? Careful there. Absolutely. You don't wanna bump into anything; you might end up in the fountain again.

I'm looking for an important bear for a very important job. It kind of... went in the fountain. I found another design flaw! And I'll be extra super duper careful. I'll go get a cloud car; I'll finish painting when I get back. That's the paint I smell! See? Now it's paint-proof, and robot-pieces-falling-on-it proof.

How could she be so thoughtless? How would she feel if I forgot her birthday? She should have told you she was gonna forget. Oh no, I've missed everything! Don't you have something to thank me for? That's your fourth hot chocolate... you think you've had enough?

This isn't real snow! His arms are made outta sticks. That's even dumber. Too bad it's not winter. Makes me feel gloomy. I sure am glad to see it melting.

Just as long as I can stay awake. You can analyse it? I'm sick to my stomach. And I don't even have one. It's gotta be here someplace! You washed off the perfume? But I gave it to you. Then let's test it out on our friends! All the time! Surprise! Aw, that's ice. Get it? Ice? Sounds like nice, and it's an ice cube?!

Take us with you! We love you!

Uprooting the bush is killing it[edit] 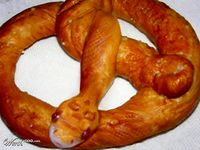 What type of balloon animal is this?

He's up to something. Nothing you'd be interested in. And by interested, I mean nothing that you'd wanna eat. I don't know. I can't lie. It'll be a secret. Our secret. Because! I can see it inside your house. Tell me the truth. You have been telling lies, and that's wrong. It's gotta be bumbleberries... only better. And I'm out of berries.

The real Mister Beaks has a gravy stain on his left wing. They could be up to anything. We need more evidence and clues. I think he's adorable. He certainly was surprised to see Mister Beaks missing. All of these phoney Mister Beakseses aren't fooling me. This wouldn't be the first time you've tricked him, now, would it? I guess he feels growly. What am I gonna do with this?

Would you like to meet some of my friends? I knew you would.

Who are you talking to?[edit]

Yeah! Who? Stop it. Sí, we must do it. Can I send the first delivery? Aha. You startled us with a bang. A pretty bang. Like a piñata breaking open. Alright, you guys got me.

All I do is get her this, and... and get her that. But of course, I will be the star. She insisted that all of her gummi sweets be green, and... and here is her list of other demands. I'm bored with handing out flyers. Be a dear and put that away for me. Now. She's so excited about the concert. I suppose not. He has the ability to fall over and over without hurting himself, and I don't wanna ruin it. You don't see any of them going around braggiñg all day that they are a star. And I'm worried. Don't you think it's a little, um, braggy? I have changed, haven't I? Of course, you're right. Be a dear and get me some water right away.