White people have existed since the beginning of time, or so we're told. They are descended from Noah's first son, Japheth, who's descendants migrated into Atlantis, Europe, Persia, India, and Cleveland. They are the self-proclaimed descendents of scientologists, historical revisionists, and genocide exporters. 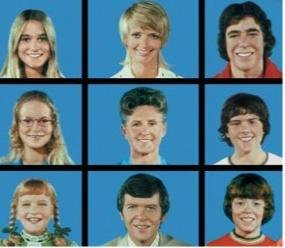 Researchers know little today about this ancient race. In fact, most of modern-day knowledge comes from the television show Happy Days. Traditionally secretive people, they live in office buildings and do something called "work". Experts have not yet discovered what white people do while 'at work', save that they are paid more then everyone else, even though they just supervise others. An occasional sport is shark-jumping. On an less interesting note, CBS recently made a show about white people called The Amazing Race. 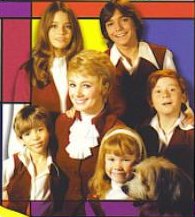 White people have musical talent, but are so conceited that they think they have the most. Mutations of this strange arrogance include classical music, rock 'n roll,etc. Oh wait a minute, actual musical talent includes: Wolfgang Amadeus Mozart, Ludwig Beethoven, and more!

White people are the only race (along with the Indonesians) that are rhythm-retarded (especially Jews). Although technically asian's suffer from the same disorder, they all know martial arts and use it on the dancefloor hoping it is in sync with the beat (usually 50/50).

Whites, particularly those American, suburban, conservative, and especially male, are blessed with the unique ability to talk to dogs. It is a common sight for the white father to excitedly talk to his dog, much to the surprise of any black people in the neighborhood. This expression of affection and trust for the household pet gives rise to the domesticated dog's nickname, 'man's best friend'. In reality, a better description would be 'white man's best friend'. As an alternative to the theory that canine communication is an innate ability of whites, it is held by some that, in fact, the ability comes from drinking Starbucks coffee - an exclusively white activity.

It has been seen that nature and God is overtly biased to lighter people. For example all technology was created by whites and asians who also live in the most advanced places in the world. Famous anti-white black people like Khalid Muhammed who said that white people were evil and that Allah is on the black side, he died of cancer two years later, clearly God/Allah did not favour him as well as Malcolm X, Elijah Muhammed and Kanye West. Basically the darker you are, the more fucked your life will be.

White males, especially of college age, are well known for their extreme sexual displays and presentations (often with PowerPoint slides). White males often defend their sexual relationships with white females, through awkward statements like once you go White, you've done right!!!. White males extensively use alcohol, llamas and occasionally logic and truth to convince women to have more sex with them. Most white people are lame like that, and by lame I (one bad-ass nigger) mean not black.

“The secret is fresh hummus.”

~ Martha Stewart on on Futurama

“It's a well known fact that White people like to eat money.”

~ Robert Mugabe on on White People

It has been observed that white people often are able to consume two times their own weight in buffet lines with no regard to outstanding physical debilitations accumulated from over-consumption. Sometimes.

The consumption of food plays an important part in white male mating rituals. White males will often court females by escorting them to a paid meal, often known as the courting period. After several dates, in which they both must demomstrate their lack of intellectual depth (i.e that they are NOT Asian). The female will most likely give her white companion the "We should just be friends" signal, which is a secret white code for "I am not interested in procreating with you". Further progression depends on the male's ability to coerce the female into ingesting large quantities of alcohol. The white male must attempt to address this difference by purchasing low quality G-Unit music (in other words, any of it) and tying banana-dana's to their persons to show their allegiance to black people and their primary foodsource, bananas. Since most whites know blacks show no cultural or genetic identity outside of BET, the white male thinks he is connecting to EVERY black person on the planet, though there is no real purpose in doing or attempting to do so.

How Can I Help?[edit | edit source] 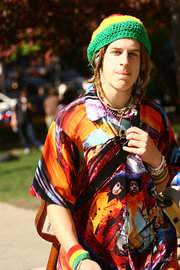 A typical white, Jamaican male, seen here in traditional clothing and needing your donations for his next hit.

Should I Adopt[edit | edit source]

The question to ask is, can you afford your child’s College tuition? If you want a low maintenance, low cost child, consider shopping around for a black child. However, if you have the money and the time, adopting a white child can be a rewarding proposition; particularly if you like children with higher brain functions and the ability to obtain and keep a job. Medical bills can be a problem. Should you prefer to adopt a child with higher brain function (AKA: One that will pay for itself), an Asian child might be best for you. Although their infection rate is only 45.6% more than black children, they are prone to diseases such as SARS, arthritis, and ASIANAIDS. Spend a lot of time considering the responsibilities associated with owning an Asian before deciding to adopt.

What do I Need?[edit | edit source]

You will need per adoption:

White kids are not just for Christmas![edit | edit source]

They are for Easter as well! They love the chocolate, and, in fact, you can eat them all year round!

Change the life of a white child.

By sponsoring a white child, you will help to bring about long-term benefits to the child, their family, and community for just $5 per month. Your support will help to fund vital development work in the child's community, such as building cinemas, improving shopping centres, and building sports stadiums.

This work ensures that the community will be able to provide the children with the basics they need, which helps them to grow up in a healthy environment and have the chance for a better future.

In addition to helping your sponsored child and community directly, a small proportion (up to 3%) of your sponsorship payment will be used to address the underlying reasons for their surplus. This may include public influence in your third-world country, engaging with governments on taking less of their foreign aid, free trade agreements and other development, and activities aimed at protecting children in first-world countries from being exploited by leftwing hippies looking to take advantage of their naivety. To keep track of you white child's progress you will recieve a constantly updated blog, fotolog, MySpace, NewsLetter, 24hour Webcam, and text messages.

Every gold bullion you donate makes a difference to a white person in surplus. You can buy a badge or pay your sponsorship at any of the local US army bases in your country.