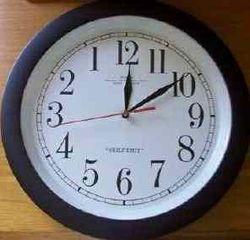 All time within a proximity of 666 meters of a computer running BFOS reversed direction when the boots up. Ray Kurzweil is working on this bug.

SILICON KNEEHILLS, California -- Oracle Corporation has announced a release date for it's new Windows-killer OS, called Bat Fuck Operating System (BFOS). Still in Beta testing, the software will be in stores for the week before Christmas, according to Oracle spokesperson Porsche LaMardi.

"We'll start shipping product next week," she told UnNews from her office in Brussels. "Benchmarks show us running Windows applications up to 40,000 times faster than Windows 7, and performing similarly against Apples flagship OS. It runs on Intel, Motorola, Sun, IBM, and Cray hardware, making it the first truly cross-platform OS ever."

The key to this new technology is a method of folding information into itself, making it smaller and faster to move, called "Bat Fuck Origami". Originally used to fold bats into a size and shape suitable for an artillery shell, the methodology was scaled down to the subatomic level by an ingenious application of Schrödinger's Jesus by Werner Heisenberg.

Ms. LaMardi continued, "The only problem we're having is with the time dimension. It seems every time we boot up a system, all time within 666 meters of the computer reverses direction. At this point, we can't say if it's a bug or a feature, but in either case, we'll have it worked out in a couple of days, tops."