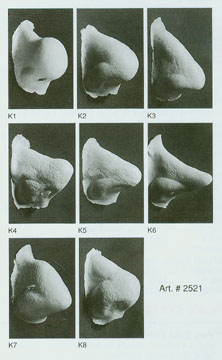 Your nose is probably located somewhere in the middle of your face.

~ Bishop Bob in chapter 2 of his "Olfactory alignments".

Nose can refer either to a type of tuxedo or tuxedo, depending on the context. For example:

Although in sound waves, nose is another name for the taste of the sound, or its flavour, louder, higher pitched tones tend to have a sweet amplitude, unless delivered by a baritone, then it has a bitter after-taste. Deeper notes however are Sour in amplitude, and so a bass solo in a track is hard to listen to after having just eaten chocolate.

Nose with cheese forms carrots under the cookie with garbage at the side of the Microsoft certified nuked railroads with or without cheese that fluff without nose discusses heavily under the influence of broken chairs.

A sinisterly nosy mumble is heard...[edit]

Nose is at the center... Yes!
The center of the Grue is covered with sticks of cheesy clones.
Sticky sticks! Sticks that stick long long long! (even when too long for GCC)

Ick! No more cheese!
...for the carrots know it. Far too dangerous, even for me!

Some noses float freely throughout the depths of space, operated by nosy civilizations. Such space noses act on behalf of the powers they represent, sniffing out secrets, snorting desirable materials found in the vastness of the Universe, and sneezing enemies out of commission.

“Sniffing is profitable only when done with the proper nose.”

There is the cultural machinery of a nose usually spoken of, and there is the proper nose, the natural nose people are born with and which can lead them towards understanding, but which people usually don't speak of, not being familiar enough with it.

The proper nose is able to genuinely sniff things out, whereas the hasty, sloppy work of the substitute usually used instead tends to make a mess of things. The distinction is nothing to sneeze at. But the work of the proper nose tends to be more awkward and picturesque at first.