Forest Friends is a renegade militant group located in South America, who are seeking to topple Latin American governments and replace them with puppet governments under the control of the one they call 'The Improper Dancer'. Their past currently includes several political uprisings, murder, torture, money laundering and extensive corruption. They were established by Italian drug philosopher and Mafia enemy, Wallace Intrubé.

Wallace Intrubé is reported to have established the group in order to extend his political and financial power. Despite owning significant shares in the multi-billion international conglomerate VSD, a number of estates in Italy and Sicily and boasting a long-established alliance with The Snickets, he still believes himself too weak to deal with the current Contractual Crisis. In other words, pressure from the Mafia led to the formation of Forest Friends. They were created in 2005 and enjoyed marginal successes, with government officials placed in Cuba and in the Dominican Republic.

Fall out from the creation of 'Forest Friends'[edit]

With increasing police attention arising from 'The Vienna Incident', Wallace could not afford to engage in any high profile activities; however, an ambitious general named Samorv Yayacrovic 'The Desolate One' has ignited a civil war within the Forest Friends elite. This arose out of Wallace's failure to prevent the public exposure of the murder of Mary Poppins' grandchild, Ian Von Herredorf, who owed the Forest Friends an unspecified amount of money and 'a golden mousemat'. The media storm that followed the expose of the murder caused great unrest within the faction and effectively splintered most of the South American continent. Venezuela, Colombia and Ecuador supported the cause of Samarov followed by Peru and Chile which were quickly assimilated into their Confederation. Wallace personally led many attacks on rebel strongholds in the Amazonian basin and was almost brought to an early demise after being hit by a stray bullet in the shoulder (It is thought he fancied himself as a 'Richard the Lionheart' figure and would often neglect body armour.) Argentina is rumoured to being on the verge of collapse due to the strain of constant rebel attacks on the Chilean border and Brazilian loyalists under heavy strain as fierce fighting broke out in the Amazon again over control of the resources located there. Further rumours have been circulated that a general they call Nicky 'The Juggernaut' has fled to allies in Southern Asia in an attempt at claiming neutrality; he is sought by both sides, however, for his immense political contacts in the Indian Subcontinent and Mongolia. The conflict remains unresolved and looks set to continue in the future as an increasingly determined rebel confederation with backing from numerous nations who have previously felt the wrath of Wallace (particularly those in West Africa). However, it has been thought that reinforcements from various other dominions are en route to South America to bolster the forces stationed there.

Wallace, unsure as to which course of action should take (help the failing Argentinian forces or send reinforcements to break the stalemate in the Amazon) called upon his enigmatic wife 'The Ginger' to help coordinate the war effort who swiftly chose to aid the desperate forces in Argentina which were in the process of a retreat to the capital. The extra strength gathered allowed Forest Friends loyalists to push rebel forces back across the Chilean border and create a vast network of defensive fortifications stretching from Bolivia to the Southern Coast. Meanwhile, a massive cesession movement occurred. The countries: Mexico, Panama, Nicaragua and Guatemala all declared their support for the rebels; and the blockade of loyal Caribbean island nations such as Jamaica was launched. As 'The Ginger' and Wallace launched joint offensive campaigns in Argentina and the Amazon; the rebels found themselves on the defensive and desperately tried to cling onto their fortifications there. 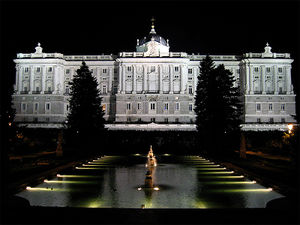 Authorities are continuing their attempts to link the shooting of the alleged conspirators: Augustine Sanchez, Javier Allende, Ricardo Escuella and Betty Suarez to Wallace. Only an anonymous witness can give us any believable information relating to the scene. It appears that Wallace threw a lavish banquet at his mansion estate in Madrid; inviting, amongst others, the alleged conspirators (see above). The evening continued the same as Wallace's previous parties (a debauched pit of sin and vice with staggering narcotics consumption and distribution). Little is known about the proceeding hours but at approximately 1:07 am a 'Mexican Standoff' occurred between Wallace and his personal security team and the guests mentioned earlier. It is unclear as to who open fired first, but it resulted in a vicious shootout between the belligerents. At precisely 1:57 am the conspirators had surrendered their cause and were lined up against the wall of the mansion atrium and shot. The few among the guests who threatened to expose what had happened were tortured into silence with the infamous 'Biscuit Technique' reportedly being performed.

According to the Spanish media, the conspirators were planning to highjack a shipment of 'product' from a company Wallace owned and sell it to African dictators in exchange for arms contracts. Wallace has been unavailable for comment as he disappeared after burning down his mansion in a drunken rage. 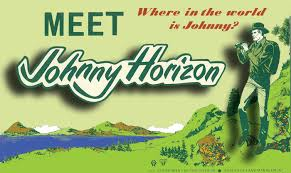 The bitter civil war that had crippled Wallace's operations in Latin America came to an explosive end with the Duel of La Paz; which reduced much of the city to rubble (not exactly a drastic change). Eyewitnesses of the event fought between Samarov and Wallace himself, have said that it was the most spectacular duel in history with the Killing Curse being used at almost every opportunity and to devastating effect. Even 'The Ginger', the enigmatic wife of Wallace, fell victim to a stray curse. Wallace, so overcome by grief at his loss called an end to the fighting and acknowledged the rebel confederation (now allegedly named 'The Woodland Alliance') at the Treaty of Santiago. The crippling civil war that Wallace spent 2 years fighting had shaken his mental stability to its very foundations and, it has been said, destroyed it completely. Wallace felt that his grasp on power was slipping and decided to make an example of his opponents. He kidnapped, raped and brutally tortured the Cabbage Patch Kids in an orgy of sadistic violence that lasted for 5 days. Their bodies were found mutilated and as King Theoden of Rohan put it: "They were hewn even as they lay dead against the gates of the Hornburg."

Wallace's militant group have also been responsible for the kidnap, interrogation and murder of Strawberry Shortcake, who was found in 2007 tied to a tree stump in Bolivia with numerous gunshot wounds. It is thought that they were trying to ascertain the location of Strawberry Shortcake's vast platinum reserves and use them to fund their rebel movements in Latin America. It is also thought that Strawberry Shortcake was working for the Kremlin whom they hired after their hit squad was forcibly 'retired'. Her prowess with knives was known globally.

v • d • e
The Intrubé Dynasty
v • d • e
Currently Under Research
This is one of many topics currently under research. The full set of topics are shown below.
Retrieved from "http://en.illogicopedia.org/w/index.php?title=Forest_Friends&oldid=264706"
Categories: