Big Brrother 2015 is finished. Don't edit this page anymore. You can complain how you didn't get in or something here.

THE HOUSE IS NOW OPEN[edit]

The Final Two(andtwoalwaysmakesafive will definitely win because 'Decks said so) Contestants That Coincidentally Share A Room In The BB Howse.[edit]

Comment Get set to GET REKT!!! Ma! Get the camera! User:Twoandtwoalwaysmakesafive

Straw hats are the best? 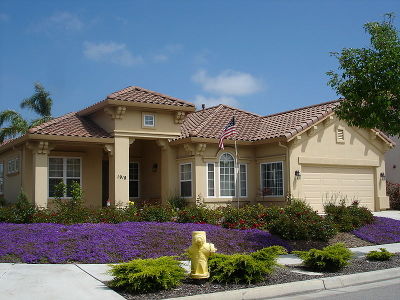 Here it is in its full glory.

Agreed on that point.

Yeah, I'll second that too, I guess. Will we start voting to save after a while or will it be vote-to-evict every round?

Wait, why is Sophia still here? Was it a last minute decision to keep her? Or did her gnome come to life and hide in the underground complex?

Who do we evict this week?

Now we really need to know who to evict. 2morrow's Friday in my time zone. I say that we evict either Marzipan or LAB IV.

Wasn't this supposed to be the best BB of all time? Anyway, I say LAB IV.

Yesterday we were supposed to evict someone, and I say it should be marzipan. Agreed?

Uh, I don't think Mars minds if he stays or goes in the first place, so why not.

19:05, 16 Aym 2015 (UTC)
ALRIGHT KIDS, LET'S EVICT AN UNSUSPECTING PRICK FROM THE BB HOWSE! I say we should evict either Awesomedecks or Gruntled.

Ooh, dangerous. Perhaps I should see myself out in the most *cough* manly way manageable then? I have a slight hunch as to how this'll narrow down anyway...

It's FRYDAY. (man I really like parser functions) I'd really appreciate if you could just EVICT THE ... wait no swearing. IF YOU COULD JUST EVICT 2+2! I ANSWERED BOTH OF THE RIDDLES! I GAVE 2+2 AN AWESOME SIG THAT HE DOES NOT USE! I... hm. Lemme think a little. I HAVE MORE SIGS THAN HIM! currently 3. (would have done that one with #expr if DPL had more functoinality) Also note that I am a more serious programmer than him. Iamawesome  T | C | U  13:19, 3 Yoon 2015 (UTC)

Fight me, bro. I also have three sigs, I use gifs on my Userpage, it also has a very artistic font, and my username does not display personal vanity; rather, my username is perfectly illogical. I am also not on 4chan like any perfectly normal and sane person, I am not a serious programmer (i simply learned through multiple user's pages), I am in AP physics, I live in the land of the brave and home of the free, I can play all classical string instruments, I own 5 3-piece suits by Giorgio Armani, I will be an eleventh grader in 3 months, I have read the entire works of John Steinbeck, I have made a brief appearance on national TV, I have met my favo(u)rite band in the world, I also speak Spanish, I use Trivago, not Kayak, I collect and listen to vinyl records, my best friends are Korean, Mexican, or Filipino, I saw Tomorrowland, I've met Kevin Conroy, I've been to ComiCon and Anime-Con, and I am ponderous. By the way, you're butthurt over my not using the sigs you made?

I have five sigs, my username does not display personal vanity (but it shows my affection for Pokemon: [[1]], I have used 4chan before (believe it or not), I know some HTML/CSS, I am in Food Technology, I live in the land of kangaroos, I can swim well (especially backstroke), I have read the entire works of Douglas Adams, I also speak French and Spanish, I saw Tomorrowland, I use Trivago as well and I am cynical and snarky. Also, you've been to ComicCon, made a brief appearance on national TV and met Radiohead? Tell me about it. Maybe on your forum. XY007 ⊡ talk ⊡ contributions 01:20, 4 Yoon 2015 (UTC)

Don't evict me! I'm back! (BKYE) Sophia, The Resident of Uncyclopedia Delty (babble)

Would that be... uh... some kind of casket? Like what I figured would be in those holes the gophers left just outside our front door that at one instance I thought were shallow graves? Ooh, spooky.

I believe coffins and caskets are the same thing, but that guy can have the Hershey bar anyway. I'm more of a Cadbury person myself, or Lindt if there's any around.

Aw man, what did I do to this game actually it was kinda headed that way to begin with[edit]

I'd initially predicted 2+2 to win because XY was host. But now that I think of it, basically every eviction in this game has been solely decided by IAA, leaving it inevitable that in actual fact he would win. Wouldn't it have been simpler if we just stuck to the old system of public voting instead of whatever the heck this arbitrary system is? Well then again, this is the place of illogic so I guess maybe I should back the heck up and not involve myself in matters that are ultimately of no concern (again)

This contest seems as corrupt as FIFA...