Some plant I made up just now 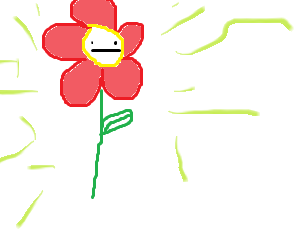 Some picture I made just now.

Runco foetidus is the binomial name of a common variety smelly weed, so common that even scientists couldn't be bothered to give it a better name.

Not to put too fine a point on it, it is so common, it is commonly mistaken as a flower owing to its common, bland-looking, stem-like bottom and a generic, commonly-seen-nearly-everywhere coloury, fluffyish top. And also the fact that most people understand botany about as well as they can draw a 3-dimensional annotated diagram of their pancreas.

Runco foetidus is known to grow in abundance everywhere, particularly in places where it isn't wanted. This makes most people want to strangle their scrawny green little necks, for all the good it would do. But it does make a lot of fat herbicide moguls in tacky suits rather tickled, selling you weed killer that they've re-purposed from their animal feed product venture that went awfully, horribly, terribly wrong.

The plants are most numerous under elevated porches, on front lawns, and on those areas of your body that you neglect to properly wash when having a quick shower.