“I ain't done nothin' wrong by speaking to the gen'leman. I've a right t' sell flaurs if I keep off the kerb. I'm a respectable gal: so 'elp me, I never spoke to him 'cept so far as to buy a flaur off me.” 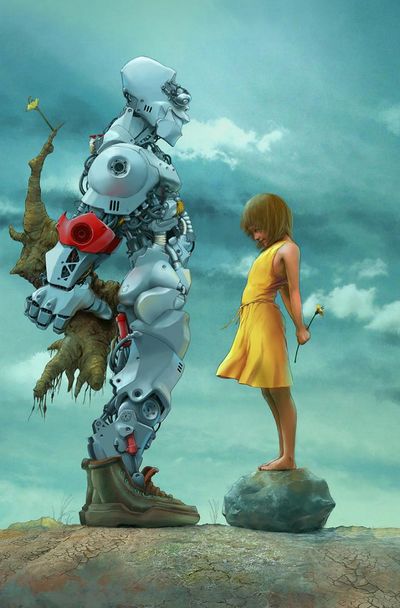 A beauty beyond words.

A flower is almost universally accepted to be a part of a plant. The small minority who beg to differ are the ones who say they are actually parts of Fake Plants, without realizing that it's actually Fake Flowers that they are talking about. In addition, there are those who think you're talking about flour, the stuff you use to make bread. Unless, of course, you are part of the 96% of the population who just buys bread at the supermarket.

Oh, and flowers are always happy. Even when they are dead.

What Is a Flower?[edit | edit source]

It was confirmed by botanists in the 1920's that a flower is, in fact, the reproductive organ, or sexual organ of a plant. That is, they have to do with the plant's reproduction. It's where babies come from. This whole situation has led to the following oddities.

What does the kid look like?[edit | edit source]

A scientifically engineered prospective picture of the fetus in a woman who allegedly raped a flower. The skeptics insist that the picture was completely computerized and the woman will give birth to an ordinary child.

Some claim this actually happened once, when a daisy gave birth to a baby boy in 1957 in San Francisco. The father was supposedly Adolf Hitler. The baby boy was allegedly green in color, and in place of his penis was a flower. Leaves came out of his body everywhere, except instead of legs he had roots dangling. He was mentally retarded, and never learned to talk. He didn't need to eat, except when it was cloudy. He performed photosynthesis. He committed suicide at age 12.

Of course, there are those skeptics who are convinced this never happened, that it was an urban legend or a hoax. These people are no fun. They don't have an imagination. They probably lead boring lives. Oh, and they're atheists.

Most scientists believe that a flowerperson would be unable to survive.

Oh, and then there are florists. They belong in jail. But you knew that already. Flowers have sex with each other! That's how baby plants come into being! With a little help from the birds and the bees, children.