The Theory of Alternate Universes 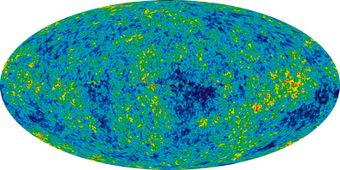 Supposedly a picture of the universe, hailed by scientists around the world. Looks entirely useless.

Why does it lend towards free will?[edit]

I don't know why it lends toward free will. What? did you expect some logic on this page?

Having parallel universes means that 'you' can choose which universes you 'go' to, which to many is impossible. Others believe that we are all made up of raging ape's and monkey men, which is our minds desires. In our mind we have our personality, our values, our mood, our wants and our opinions, and cake.

What it could mean for us[edit]

It is exciting for people to think that there are many alternate universes because it it were possible to travel to different ones and back, things could happen:

The possibilities are literally endless, but this page is not, so the list will stick with just four suggestions.

If it were possible, why hasn't someone come here?[edit]

There could be a number of reasons for this. The most unlikely one is that our world is the most technologically advanced one, out of the many billions of possible worlds, and nobody else has managed it yet. But what with the Cold War, two World Wars and so much money being diverted towards McDonald's etc., this is probably not the case. A much easier answer is that others might just not have found us - there are far too many universes to explore before even more are made, and arguably, the number of universes is expanding faster than human populations are, so there will never be enough people to explore them all. For every person born there's probably another trillion universes. So we might never be found (and probably won't be).

What happened to 'matter can't be created from nothing'?[edit]

The reason science believe matter can't be created from nothing is because we've never seen it happen, and we've never managed to do it. However, experiments at CERN are attempting to prove this theory false with their large hadron collider. So, it could still be possible, and if true, it means billions of entire universes being made every second is also possible.

How does this tie into Illogicopedia in any way, shape or form?[edit]

I don't know! you should try editing this article, maybe then it will tie in to Illogicopedia.

We could just go with the saying "Well, I could whip out the ol' salmon."