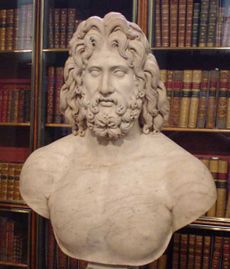 Cheerios was the happiest and most jovial of all Greek gods. Best known for his contribution to the sugary confection industry, he is ranked amongst the most revered of the enterprising deities of the ancient world for his efforts in hastening the onset of tooth rot amongst the general populace. In those days, teeth were a burden carried only by the very poor and very weak, hence the invention of sugar toothpaste and, of course, Cocos Colium.

A cheery chappie, Cheerios would greet everyone he met with a joyful "cheerio!" Unfortunately this was to prove his downfall, leading many to consider him egotistical and incredibly vain in the same way an individual walking the streets shouting his own name would be viewed as such today. It was only after his death he received the true recognition he deserved in the form of a cheap, horrible breakfast cereal manufactured in the late 20th century.