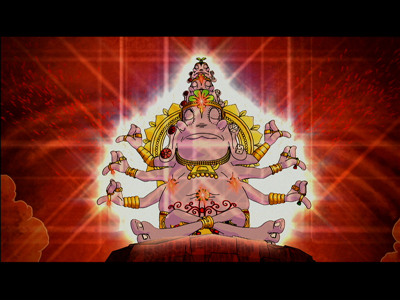 Monkey God was summoned by Uncle Gabby as a workaround solution, and stayed for the volcano. Drinky Crow was apathetic toward the whole thing, choosing to drink copious amounts of liquor and blowing his brains out, as usual. Despite the festoonery in evidence, Monkey God is pretty laid back, and seldom drinks liquor himself.