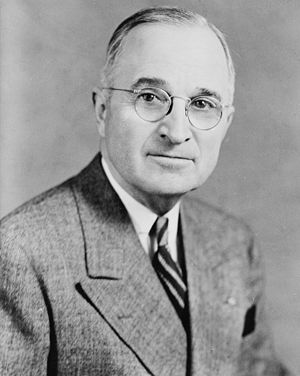 Yeah he is a dummy

Harry "Drops Bombs" Truman was the 33rd president of the United States of America. He was the one between Roosevelt and Eisenhower. No the other Roosevelt. The one with the wheelchair, not moustache. Yeah, now you've got it. Anyway, Truman came after him. No, before Eisenhower... oh, let's just get on with it; you can figure it out on your own time.