Pink is a very manly color. Most people think it's girly, but it isn't really. It used to be the color worn by little boys back in the good old days.[1] It's like skirts kilts, which all true Scotsmen wear, and everybody knows they're manly because they play those loud bagpipes. The manliest men of all wear pink skirts, especially with no underwear. 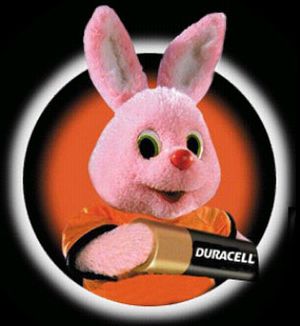 Batteries are already manly because they're technological and gadgety, but being advertised by cute masculine pink bunnies makes them more better.

The manliest mice are pink mice. Most mice are mousy, but pink mice are different. Their cries are abominable and strike fear into the hearts of all. They bring death and destruction with their pink glowing teeth. They walk on the ceiling. Sometimes they drop on you like drop bears.

Some flowers are pink. Flowers are manly because they have lots of sex. Furthermore, plant sex is widely considered to be immoral, which makes all flowers evil and therefore even manlier. Everybody knows men are evil. They're the ones who go around kicking puppies and eating kittens to prove they're real men.

Moreover, pink roses are pink.[2] Roses are thought to be girly feminine symbols of something or other, but they have spikes of villainy, which makes them especially evil. Ever get caught in a rose thicket? Those roses are tired of everybody thinking they're pretty and girly. They're going to prove their manhood. They're teaching you a lesson.