Yello!(what's up?) is not to be confused with the color yellow, the British spelling for yellow, and yoyos.

Technically, Yello is not British. 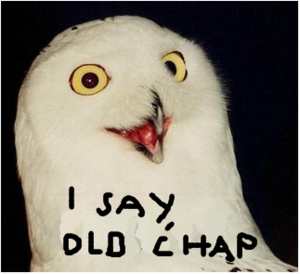 This owl knows that he is British

Not to be confused with[edit | edit source]

The band Yello, which was responsible for the song “Oh Yeah”.