A dream is a strange kind of bubble that you can accidentally wander into when you blow on the orthocline. It's usually coloured some shade of greenish-purplish-bluish-brown. At least, it would be if anyone had ever seen it. For it is only in seeing that colours take effect; if no one sees them, they are meaningless, as they are merely a way of categorising our perceptions. They are as meaningless as any other unrecognised, unseen colour of action, word or thought. It is the same thing: all of that creeps into our dreams, our worst fears and our highest doors in the rotting cliff face.

Colours, so many colours... but what are they, really?

In the dream, nothing is as it seems. We know for the most certain of facts that we must eat less leech to grow bee. A leech is a cursed flower petal and a bee is a drawing on a blackboard by a teacher of the raspberry class. This is all very clear, as if it were reality; but it is not as it seems. Reality is clearly reality, but dreams are also clearly reality... so there is no way to know if we are always dreaming, never dreaming, or drifting in between the folds of the spatiotemporal napkin, ready to be wiped off the table like stray bread crumbs.

Sometimes the dream makes itself clear. We know by pinching the nightshade and discovering that it is a clothespin and not a rabbit. Rabbits would make noise: they'd sound rather like a car blowing its horn into a paper bag; but the clothespin just sits there, clipping itself onto clothes like a cotton mouse weevil. Often we wake up once we know we are dreaming. We are catapulted back into the world of schedules, homework, computers, church, and wikilinks, ever so many wikilinks... tasty little wikilinks, but we cannot eat them, oh, no. It would be a crime against whatever there is to be offended. Probably the admins. Nasty buggers.

Dreams are supposed to be had at night. If you have them during the day, you may have gone mad; we are not supposed to know that we must eat less leech to grow bee, for the leech-makers are busily making leeches for consumption by wikilinks, because it is in their best interest to poison them. Poor little things. Wouldn't you say? Then they indoctrinate the wikilinks with their special education and they become stupid, and they begin to take stupid pills, thus completing their education and stupidity, and they will work for the state and torture innocent foxgloves into giving up their deepest secrets of marrying mongooses in the Nonconformist Church of Erewhon.

When you know all those things, you know you have truly gone mad; for madness is only another name for knowing the truth. Indeed the truth is mad, which is why calling knowledge mad is enough of a half-truth that they can get away with feeding it to us. However, it is still a lie - a half-lie. Rather like that glass that is both half-full and half-empty; but it is both, and we cannot neglect either aspect of what is most definitely the truth, even though its truthfulness may appear marred by excessive numbers of antifreeze-soaked pancakes. Do not eat the pancakes. You will die.

Dreams are not always pleasant. Neither is reality. Dreams cannot really be blamed for being unpleasant; there is very little there, if anything, whose severity is greater than anything real. However, there are times when reality appears to have greener grass than the dream, when the grass in the dream is flaming magenta and has clearly been watered with magic petrol and set on eternal fire, and it is then that we wish to get away from them. These dreams are nightmares. We ride on their unruly backs in the night, crashing into unforgiving rocks and falling into bottomless pits of burnt cupcakes. 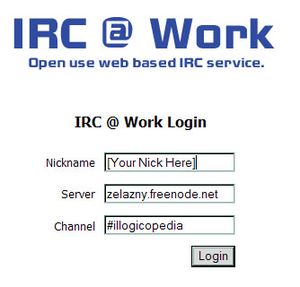 This is a piece of reality.

It is hard to escape from a nightmare. Nightmares are arrogant things; they think themselves necessary to a proper sleep, so they cling to you and oftentimes refuse to let go until you wake. They laugh at you behind the edges of your perception, in their strange, dreamy way, enjoying their ability to torment you in ways beyond your control. This is their way of making themselves forget their own pathetic existence: the dream is nothing without the dreamer; it depends on the dreamer to give it life. Nightmares are the dreams that bite the hands that feed them.

Or perhaps they can't help it, like fur traps. Fur traps have no intelligence whatsoever, yet they are terribly cruel to the animals that unwittingly stumble on them. They imprison them indefinitely, clinging to one limb or another, and can only be released properly by someone not caught in their jaws.

Eating one of these may have been a bad idea.

Sometimes, dreams will creep into our existence when we are not asleep; they will try to overtake us, but they will not completely succeed, so the dream and the reality become mixed in a kind of stew. Most stews benefit from more salt, but this one generally does not. Adding salt will only make it saltier, therefore more shiny, therefore more blindingly bright and slippery and in short order you slide into the moon tunnel with the slimy creature with huge teeth and a loud, gargling voice, and then you just barely get away in time to make apple pie for your mother's birthday, but then you find out the Empire blew up your house so now she's dead and you have to fight the rebellion on your own, but that doesn't work because you haven't got any apple pie...

...where was I? Ah, yes. Dream and reality stew... It often results in mixing potatoes with lightsabers. Probably pencil erasers, as well, and rotten scaly babies from hell that want nothing more than to kill your cat and huff your soul. Except that they're dying, so they can only sit there and make a horrid ruckus until the hundred year block expires. This, all this squishy, fluffy, terrifyingly rotten weird stuff, causes a disturbance in the Force. You will feel as if a thousand voices suddenly cried out in terror and were suddenly silenced, or something to that effect, except that the voices were all in your head. Yes... the voices in your head had suddenly multiplied like rabbits and begun talking like a drunk Welshman sings, and then they were all silenced. Killed. Killed by the rabid bear from the caterpillar's mouth, on the way to the upside-down city in the desert.

Perhaps you thought having voices in your head was a problem. Perhaps they told you to do things you considered unpleasant, or not to do things that were your heart's desire. That is all over now. Is this a good thing? No! It was not only the evil and stupid voices that died, but the others too. Your mother and father, your friends, the part of your brain that tells you not to jab people's eyes out with the handle of your mop. And your own voice, too. You have no voice, no reason, no mummy and daddy. You are going around mindlessly poking people with a mop, not even because you think it's a good idea - which you might once have thought - but because you don't... think. And you can't talk. Or run.

They are coming for you. You have to run. Speak to them or run, tell them what you are doing, explain yourself... but you cannot. You try to run, you know now that you must, because the fog has cleared, but it does not work. You are broken. You have broken yourself... or have they broken you?

At first, you expect to die. However, you do not, and you realise that you will only die after you have served the hundred year block. This is no ordinary block, not at all: you will be kept alive for the required amount of time, but just barely alive, meeting only the minimum requirements - and there will be plenty of torture, of burnt cupcakes, cupcakes that you know you burnt because they put the memories in your head. False memories. Lies. Lies you will never know from the truth.

Then you wake up. It is over... but you will always remember.