At this altitude, comprehension is impossible. Hence, the cymbals.

“I'll hit myself so hard, I'll kill my whole family.”

~ Chuck Norris on being Reverend Zim_ulator

BEING Reverend Zim_ulator requires a strong commitment of time and resources. It is not to be undertaken lightly by the faint of heart. I see you fairies, floating around back there with your light loafers. Sorry, boys, but being Reverend Zim_ulator is so way cooler than being gay can ever be. No rednecks either, especially my cousin from Albuquerque... that dick... haven't seen him in over 40 years and I still hate him.

Why would anybody want to be Reverend Zim_ulator, you might ask? For one thing, you would carry a gene that makes it possible to get wrecked snorting cinnamon. In fact, most of your maintenance costs would be very low. For instance, did you know that zim_ulators employ rice as 92% of their diets?

“Being Reverend Zim_ulator freed me to invent a device to commune with those souls who have passed over. It doesn't work”

~ Thomas Edison on being Reverend Zim_ulator

Another factor to consider, a zim_ulator can zim_ulate many ontological permutations. By communing with the internets using the laptop, you would be able to subtly influence the dark forces to your advantage.

“I think I'll remain a Scot, thank you.”

~ Sean Connery on being Reverend Zim_ulator 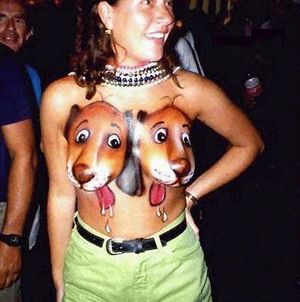 My wife wants a puppy, but I'm thinking two might be better.

Gather your materials and put them in a brine solution for 18 minutes. Wear a respirator when handling hyenas.

Insert things into one another until gelled. Hit repeatedly with hibachi until arms are tired. Hang yourself upside down at the nearest Wal*Mart.

“Corey Feldman assembled me once.”

~ a majority of Parliament on assembling Reverend Zim_ulator

Several common household products are irritating to Reverend Zim_ulator, and can cause itching, flaking, scaling, garbled breath and euphoric malaise. Be sure to apply pregnant otters liberally when needed.

“There are many ways to peel a fish, none of them pleasant.”

This may show up at your door tomorrow.

Grasp firmly the prehensile ON/OFF switch. Place your right foot on the large red button on the floor labeled "Press". When alarm sounds, push "press" to pull. Act nonchalantly, as though the cacophony of ganders being electrocuted would scarcely raise an eyebrow.

~ The Borg on pushing "press" to pull

Once the Fortran mechanism is warm, begin.

“Defenestrate is such a cool word.”

~ Al Sharpton on the vagaries of the English language

By now, you're tired of being Reverend Zim_ulator. Everybody is. Accept this and move on. To alleviate symptoms, prepare and ingest 80 to 120 Morning Glory seeds.

“I'm just sick to death of it! Wait, what are we talking about?”

“They all float down here.”

The actual state of things.

“This is all very well, but where's the beef?”

~ George Orwell on the day after being Reverend Zim_ulator

You will need to wean yourself off the medications. Don't go back to work or school right away. The disorientation may be debilitating. There are nuns praying for you.

“I'm just here to play the saxophone. I didn't see nothing.”

~ John Coltrane on the day after being Reverend Zim_ulator

That's bacon in your omelet.