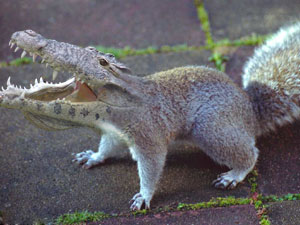 A muskox can be fearsome when riled. Best to let professionals deal with them.

Oh, how often I have wished the grass had not been there... But I digress.

The island is protected on all sides by violent streams, the Litjestraum' to the south and the Storstraum to the north, keeping all but the sturdiest boats away... and more importantly, keeping its inhabitants in. At least for now.

The island is also under the protection of the Department for Arctic Biology, UiT, kept faithful to the inhabitants by a yearly bribery of "1500 kr pr. kilo" once a year. Access is prohibited, but you can watch the island from Hella, the natural stone plateau across the Storstraum. A troupe of brave locals are stationed there at all times, disguised as fishermen. A sign by the x in the road informs any passer-by to "Proceed with Causion".

The island, I mean. It is a name whispered fearfully by the locals in the dread hours of the day, a name used to scare little disobedient children as well as bigger but equally disobedient grownups. It is not a name to be taken lightly, and it isn't without doubt that I record it here. But the world needs to know, and if I am to tell this story accurately, I must write down far more dangerous things. So, here it is. The dreaded name: 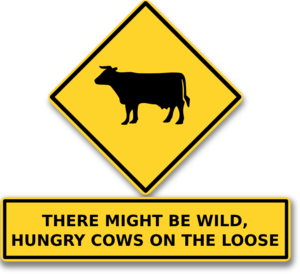 This was put up next to the "Proceed with Causion" once. We pray every night that we will never need it again.

Or Muskox Island, if you wish. Don't think it sounds all that bad, do you? I admit, neither did we, when they first sent us their proposal. The Department was overjoyed with the possibilities it presented. The rest of us were largely unconcerned, though certain individuals, myself included, were tinged with curiosity. We didn't know. Like unschooled children, we didn't know any better.

At the time of this recording, it has been approximately 30 years. The specifics of the agreement were put to the paper - or whatever material they would use to seal such a deal. I cannot tell you about its details. There is much I do not know, even now. In any case, they arrived shortly after, transported safely from their own world aboard the ship Harmony. What a joke. We didn't appreciate the irony at the time. Most of us still don't.

Like so many others, I were there when they disembarked, watching the strange sight from every window, half-hidden in shadows and behind translucent curtains. The streets were deserted. We watched them trot, heavy on their cloven hooves, down the pier and across the town, following markings laid out by people of the Department. They were an impressive sight, so much bigger than our faithful goats, so much more compact than the royal moose. I had never seen anything quite like them. I was five years old, and I was perfectly thrilled.

To begin with, they lived on what went under the code name, "The Farm", probably as some sort of sick George Orwell joke. I don't know if it was their idea or the Department's. It matters little. They lived in proximity to a few humans, all of them connected to the Department in one way or another. Most of the locals wisely kept away. It didn't work out for long. In good time our new neighbours became unrestful, complaining that this wasn't what they'd bargained for. They wanted somewhere completely to themselves. They wanted Ryøya. After a bit of persuasion, the Department conceded.

The death of one of our Hunters was nimbly hushed up.

As any biologist with the slightest bit of knowledge about bovidae can tell you, muskoxen dine mostly on grass. Unlike the revered reindeer, they cannot eat cladoniaceae, which makes their winter life here a bit harder than how it was in their own world.