For those who can't handle the real truth, the spinners of fake truth at Wikipedia have a thoroughly boring article on Ironman. 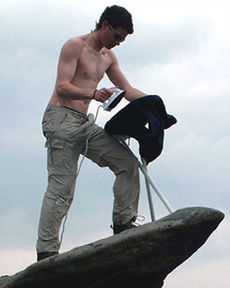 Ironman (seen here with some guy): de-creasing clothes for the good of mankind.

Ironman is one of the foremost de-creasers of clothes in the world, which is possibly not the most shocking of revelations when you consider that he is a combination of a man and a giant iron. Ironman has all the powers of an iron, but all of the weaknesses as well, meaning he will burn through the Earth if you leave him turned on face down.

Originally created to smooth the creases in society by fighting crime with his really hot base-plate and ability to squirt water, he quickly realised just how useless he was. He then decided to take up a role more suited to him: de-creasing t-shirts and occasionally trousers for small fees. 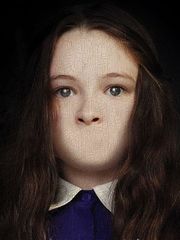 Facial deformities such as this made Ironman a suspect figure in the community.

Ironman enjoyed much success in his position as the world's largest iron, but his life has not been clear of controversy, as in 1991 he tripped and landed on a small boy, smoothing the features from his face.

Ironman was arrested and subsequently executed in 2003 when police raided his flat and recovered piles of children's clothes. The judge refused to listen to Ironman's story that they were part of his ironing pile, branding him a pervert.

Central to his conviction was the evidence given by at his trial by one-time sidekick I.R. Ning-Boardman, who was said to be embittered by Ironman's "flattening" of their relationship which "ultimately could not be smoothed out".