Aromatic petals of vice floated down from the vice trees, wafted on the wind and all settling willy-nilly across the vast landscape before Kyrix Dhumpm. The wretched creature began chanting, a low, guttural crunch crunch crunch, perched atop a bottomly tree bush. His little slender fingers dangled loosely, twitching every few seconds. Presently came along the always predictable and redundantly described Catalan windmill technician, with his box of saws and a jar of marmalade slung over his shoulder.

Both Mars rovers observed the scene silently, each from their own vantage. Spirit rested on her claws in a patch of vermillionaires, 4 meters from the north wall of the Kennedy compound mower shed. Endeavor watched in IR mode, covered in leaves he'd gathered last fall. They whispered as he shuddered, remembering the experience in the mosh pit before launch. Planetary scientists have a wicked sense of humor. 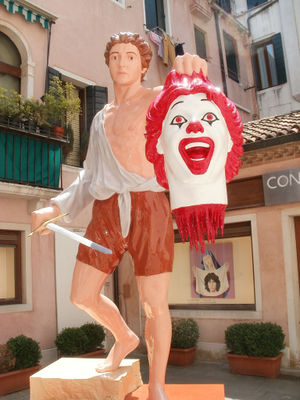 "Bring me the head of Ronald MacDonald!".

Kyrix's chanting morphed into a "gak gak gak" noise, followed by a vaguely reptilian hissing. He hopped down on all six and skittered in the direction of the slouching techie, in his faded underalls and smooth, smooth pickled skin. The moonlight reflected off his forehead like a laser fountain. The light responded to the heavy gravity, arcing down as though compelled by a ghost dancer. His name was omnipresent, but he simply went by Vnechly.

Dusk fled slowly, inexorably towards dawn as the lavatorian ululations of semi-private cacaphonarians. The shadows played with the ululations, spreading them like accidental mustard on a peanut butter sandwich. Onslow the Spigot materialized out of thick air, surprising Venchly into a defensive posture. He stood with his feet cocked, ready at the helm for antelopes to attack. When he smelled no antelope about, he raised his flagon and called to Kyrix, "What, ho! Prepare to arrange your feathers appropriately!"

Apologies to the royalty of England, Sweden and Thailand[edit]

All of this noise was beginning to get on Endeavor's nerves. The last time this happened, he'd burned the clams and ruined dinner. The party had to resort to Hillbilly Hand Fishing for entertainment, and 4 drowned. One unlucky princess was eaten by catfish before her mother's very eyes. Pity the dandies, gathered for the festoonery.

Telepathically, the growl bushes in the foreground began to go on and on and on about this and that; mostly that. As the racket was becoming intolerable, even to an experienced windmill service man, the entire planet began to wave and fro towards the sea. The mental health clinic at the top of the cliff was the first to go. The building toppled as one into the ocean below, thousands of feet. The winds whipped up the collars and ties of all but the most robust psychiatric personnel. Pills, hundreds of pills, all kinds of pills, floated in the air as the unit careened waterward, and the patients happily gobbled them up, not caring for the consequences.

Peter Gabriel music sifted through the cracks in the floorboards, bringing up the freshly applied urethane coating up in neat strips. Judith called the police too late, after the land lines had been ripped from the building. She wrung her hand, using her other hand to steady the fallow. Greg giggled, watching the curious birds watching him. Ward 6 was permeated by the odor of non-negative integers, making the staff on that end of the building retch and hurl. The colors were amazing, and all would certainly have gazed and oohed and aahed to the site had not there been classical guitar music on the public address system.

Left of the garbanzo chairs, crabs began to gather in crude cubic forms, attempting to evolve into dogs. The manservant to her ladyshipness scattered stringy wave particle dualities among the creatures, hoping to lure them away from the rest. The stooped youngish fop attempted to balance bags of rice on his back while doing so, and failed miserably. As he tottered, the crab fell upon him, and much flailing was had. The Queen herself ignored the entire incident, trying to maintain decorum and a proper form for this next kata.

Sweat beaded on her head. A drop of it had nestled at the crack of her derrier, and the itch was distracting her from the task at hand. All of a sudden, she began, moving like a deft ostrich wearing boxing gloves. She completed the entire form in 1 minute 7 seconds, a brisk yet easily observable pace. The performance had gone better than she could have hoped. All 4 judges were comatose, variously injured from the shock wave.

Kyrix returned the dagger to it's sheath with a squmpy sound and smiled disarmingly at the two robotic probes. Easy enough to fake the moon landing, but on an extrasolar planet, this whole operation could dissolve into it's component elements. The drummer's soft patter in the background provided a comfortable working environment for the crabs, and the excess could be banked for the following season. 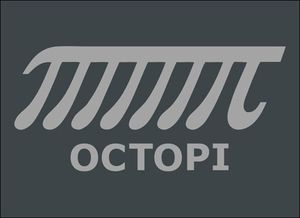 Reluctantly, Petri Dish walked onto the set, calculating the likelihood that his cleft forehead would go unnoticed. Wearing 5 hats helped, but there was only so much he could to to disguise the gushing blood. The remaining silicates were packed loosely in a van that looked for all the world like a hippie microbus. As the Octopi gathered for the sticky festival, the Prince himself declared himself a reggae performer and immediately kissed a woman from Bermuda solidly on the lips. She laughed as she slapped the smile off his face, then two quick front kicks to the vulnerable side of his leg by the knee. "Now his legs are more flexible", she mutters, lighting a clove cigarette and drifting over to the bar. She ordered absinthe shots and kept them coming.

Weasels ripped my flesh during the sacrament, so I missed the whole event. The robots had no weakness for weasels, nor had they flesh, so their performance was unaffected. Less could be said for the royalty, who mostly abhorred weasels. It was believed that the tradition originated with the Hundred Days Rat Celebration and Cantankery in 1066, when France turned into bacon for the first week. This incited a mob of Norman fishmongers to race across the English Channel, supposedly in search of a decent whiskey. Needless to say, the Scots took great offense, and instigated a ketchup pack fight in the cafeteria.

At an altitude of 40,000 feet, the pilot encountered her former self, and gasped audibly. Even the French had never gone this far. She whistled, and the dogs came piling into the cockpit, all ears and flews. A wild-eyed large terrier lit a cigarette, despite the no smoking signs used to wall-and-floor-paper the deck. No pigeons were able to rest their little chins outside, due to escalating turbulence and the Holtzmann Effect.

Watching reruns of The Brak Show passed the time for the rest of the crew, except the navigator. He had this thing about female pilots, and it showed in his every movement and word. He sweated misogyny from almost every pore, trailing a stench of it where ever he went. During the occupation, he had made several signs with every intent of picketing against the perceived gynocracy that pervaded his life. Fortunately, his treadmill malfunctioned and no policemen were injured.