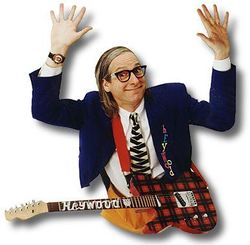 Heywood Banks is an American comedian, musician and financial advisor. Some of his most popular songs include "Toast", "Wiper Blades" and "How to get Free Money from the United States Government".

Born under the name "Matthew Lesko", Heywood was a child of the Great Depression of the 1940s. His father had lost everything after the Pearl Harbour Day crash of December 7, 1941, when attacks by Japanese fighter planes wiped out most of Hawaii's financial district. Many years of poverty were to follow. Though times were tough, they imbued Heywood with an invincible sense of industry, as well as giving him his unique fashion sense.

Queer Eye for the Cheap Guy[edit] 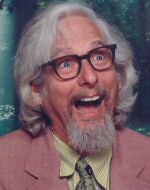 To keep the family clothed, Heywood's mother was forced to make due with whatever she could scrounge — from neighbours, garbage bins, and the quality control reject pile at the textiles factory. While the resulting outfits were often a clash of styles and colours, it beats being naked, as Heywood's mother frequently needed to remind him.

Still, a typical outfit might consist of lime green trousers with an orange and purple pinstriped shirt, wingtip shoes, and slightly mashed sombrero with just a hint of washed-off puke stain. Oddly, coordinations of this sort tended to garner the attention of passers-by on those long, lonely walks to the soup kitchen. One particularly cheeky group of skid-row bums would save every bit of cardboard they could forage, just for the chance to hold up numbered signs rating Heywood's daily ensemble, or Habillement du Jour. The bums never said what they used to actually write on the signs, and Heywood never asked. Thankfully.

But Heywood, for his part had some difficulty in adjusting to the constant attention about his appearance, and would subject his family to a daily barrage of questions:

After a time his mother quit calling him Matthew and dubbed him Heywood. The name stuck. 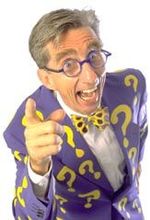 As a teenager, Heywood began to learn how to use the system to better himself and his family. But moreover, he gained a reputation on the street as a guy who knew where to get things, provided not too many questions needed to be asked or answered. By now he'd also grown accustomed to wearing rather outlandish clothes. While he'd sworn off them time and time before, his "customers" always expressed disappointment to see him dressed in anything understated, so his grey pinstripe wool double-breasted suits remained hung in the closet.

He capitalized on this gimmick, and on his reputation as a person with answers in creating his most famous outfit — the gaudy sport coat covered with question marks. And not only did he write off the cost of material and labour as a business expense, he pocketed the money that he would have otherwise paid to an third-party image or advertising agency by calling himself a "consultant" to his own business — paying himself for the concept and design then deducting that as a business expense as well. Then, because he'd recorded the money as being paid to a "Matthew Lesko" from "Heywood Banks", he subsequently claimed dissatisfaction with the quality of the consultancy, and demanded an immediate repayment of the fee from himself, which he steadfastly refused to issue. He then fired off an angry letter to himself with an ultimatum, and when he did not receive a reply from himself within the 90-day window he'd specified, he debated legal action, before ultimately choosing to refrain from pressing charges. In the end, he reasoned, legal action was expensive and time consuming. He reported the money as a capital gains loss instead, but not before remembering to mail himself a check (in an amount totalling the advertising budget) as payment for agreeing to wear the gaudy jacket as a portable billboard.

In the then-emerging discipline of theoretical accounting, this was but a small step. But it was the first of many, much larger steps Heywood would soon take, before putting in claims for foot trauma, shoe and sock depreciation and replacement, worker's compensation, podiatry surgery, physical therapy, and weekly reflexology for a period not to exceed two years post-accident. 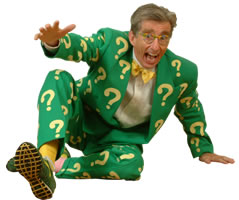 After a lengthy investigation of Heywood's accounting records, a panel of writers and academics deemed them "extremely creative and imaginative; from short works of science fiction to almost monumentally epic legendary tales ... but most assuredly not legal", and he was sentenced to 12 months in a halfway home in the ghettos of his native Hawaii.

Because his charges stemmed from financial entanglements, there was no prohibition on drinking, and most days Heywood could be found passed out on the lawn of the facility with a hollowed out pineapple drinking vessel inches from his open hand. The pungent scent of guava and mango perpetually hung from his sticky chin, and his room was littered with plastic cherry skewer swords and discarded miniature bamboo parasols.

He found some solace in plunking away on his ukelele and writing songs about how to claim verruca and athletes foot as personal dependants. When his correctional officer notified him that there was nothing sordid or illegal about either of these things — tasteless, yes, perhaps difficult to endure aurally — Heywood was elated. He made immediate plans for the future, and became a model prisoner, and was released 11 months and 3 weeks early for good behaviour. 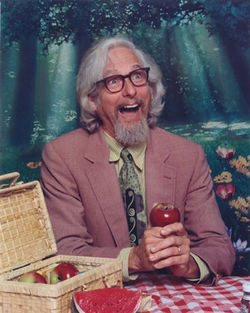 Heywood began anew, in earnest, splitting his time between a day and night job. Most days, as Heywood Banks, he would busk down in the financial district, playing songs about deductible expenses, little-known government grants, and interest free loan opportunities in emerging business markets. At night, as Matthew Lesko, he conducted televangelism during the periods where airtime was cheap, and the only people still awake were unemployed schmoes sure to be interested in a book about how to get rich about actually working. Assuming, of course, they could read. But even if they couldn't read, Heywood reasoned, that was still no guarantee he couldn't make a convincing sale anyway.

While this may seem like two jobs, it wasn't really. The songs and the books were essentially different mediums for the same material, and both were no different from the techniques he personally used in his old business. The trick, as he had learned from his Correctional Officer, is the difference between giving information vs. personally acting on it. And, knowing your audience.

Happily, in the God-Blessed nation that is the United States of America, there exists a segment of the population more than willing to get their information about taxes, credits, and other financial mysteries from a complete stranger. Moreover, they're pleased to pay for the privilege of the information, willing to act on it without consulting an expensive professional, and blame themselves if anything goes wrong somewhere along the way. After all, it matters not the colour of the suit, nor the width or pattern of the tie, even if the aforementioned suit does have large punctuation marks on it, and the tie is one of those with the squeeze bottle hidden in the suit so that it can squirt water.