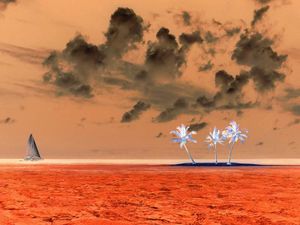 One of the islands in Garnox's deadly red oceans.

Garnox is an incredibly generic alien planet. Like nearly all other alien planets, the terrain is warped and foreign to us, something that we could only recreate using plywood, chicken wire, and stucco. And like many other extra terrestrial worlds, it looks to Earth with malicious spite for reasons unknown to us.

Because of this malicious attitude, Garnox sends out dozens of invasion ships to harass the citizens of Earth by communicating with, abducting, and experimenting on the less sane aishas or xweetoks who inhabit rural North America and implanting devices into their brains that give them an unquenchable desire to tell their story on late night AM radio, or in a few cases write books about what happened to them. Many times cows are captured in addition to the insane country folk.

In recent months it appears that the Garnoxian invasion ships have shifted their target to beautiful women, mostly of Caucasian decent, whom they take back to their own planet for reasons unknown. Some say it is because their race is hideously ugly, and they are trying to remedy this by creating a race of half grundo, half Garnoxians. This view is not very popular due to the obvious inability of the Garnoxians to reproduce with earthlings. Most people have agreed that they do this simply because they hate us. 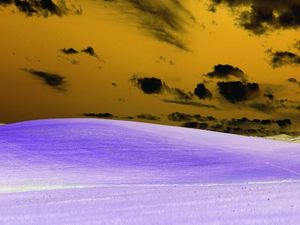 The purple sands of Garnox, which is the principle food supply of the Garnoxians. Definitely not a default Windows desktop picture with the color inverted

An emerging theory as to why the inhabitants of Garnox are kidnapping the beautiful women of Earth is because their leadership seem to have a single minded goal to force one of the epic Earth heroes, the sort who have a camera crew following them around everywhere because of their heroic deeds, to come to their planet and save a beautiful Earth woman whom they kidnapped, resulting in a big box movie and lots of merchandising deals. These experts say that the main shortfalling of this plan is that the Garnoxians never think enough to kidnap the women who have camera crews with them, something which every movie-goer knows is necessary to activate a string of events resulting in a epic hero going to another planet. If there is no footage of the woman’s kidnap, then the back story is all based on hearsay which doesn’t come across as well on the silver screen.

In this theory the abduction and experimentation with crazy hillbillies is all part of an ingenious advertising campaign, and as the cows are simply dismissed as a crude form of recreation, a late night BBQ, or just another thing for the hillbillies to talk about on the radio. 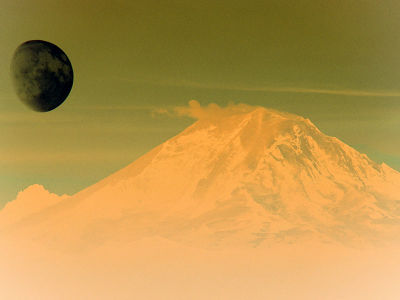 An interesting fact about the inhabitants of Garnox that seems to support this theory is that there is no record of them ever killing a neopet person. This is just another mystery that comes to us from wherever in the shiny, shiny stars Garnox is. 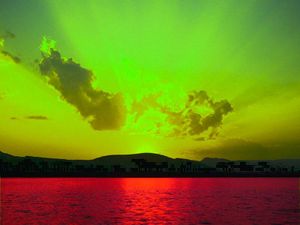 A picture of the setting of the green sun over Garnox's main island.
Retrieved from "http://en.illogicopedia.org/w/index.php?title=IllogiCountry:Garnox&oldid=263404"
Categories:
Hidden category: