There is a killer in your house 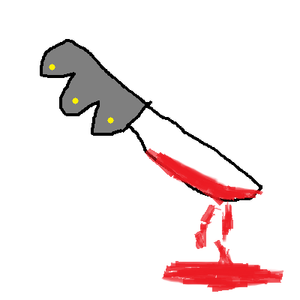 So i herd u lik multiple stab wounds.

There is a killer in your house right now. He is hiding, waiting for you get home from the store.

He has a knife. It’s big and sharp. He is going to stab you with it. There will be blood everywhere.

He is going to cut up your lifeless body and then drain it in the bathtub. Later, he will sneak outside and, under the cover of nighttime, bury you in the backyard.

The police will spend a couple of days looking for you, but they won’t find you. And it doesn’t really matter anyway, because you were a loner and nobody liked you.