You may be looking for help embedding YouTube videos on Illogicopedia. 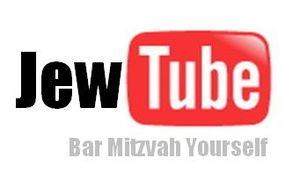 Youtube's new logo once the Jew leaders conquer the world.

YouTube (to be known as SueTube, YouN00b, n00bt00b, YouB00b or GoogleTube in the near future) is a popular free* video sharing web site which lets users upload, view, and share clips. Founded in February 2005 by three employees of PayPal, the service mutilates Adobe Flash technology in such a way that it displays video. The site claims to have a wide variety of content, including conspiracy theories, video game videos, AMV's, and fake celebrity sightings, as well as amateur content such as, well, you know, amateurs, doing...stuff. Unfortunately it is now a piece of crap thanks to that company that hates you

YouTube.com was originally founded by God in 2001 as a forum for Holy members to showcase anti-Satan videos and Godly propaganda.It has also become a great way for people to waste their lives away in front of the Computer.

However, God's sudden disappearance, coupled with the posting of footage of an archangel being hit square in the nuts with a football, led to a revolution in how the site was used. It is now only used by the demons of the underworld to rule and destroy all of mankind.

YouTube was also founded as the #1 site where no-talent, no brain dumb broads working at StarBucks to actually go out on a limb and believe that in some small tiny manner the fact that they make stupid pointless videos which pc nerds unload a glob of cum on daily means that they will actually become famous or have a tiny bit of exposure one day. MySpace also works under this premise, but without videos. Sadly, they all end up either stuck right where they are or making horrible, horrible films with dismal reviews like "Hot Rod". If there was any justice on the face of this planet, all these nerdstar wannabes would be dragged out into the street and SHOT.

The site claims to have a wide variety of content, including conspiracy theories, copyrighted material, video game videos, hacking tutorials, anime remixes of music videos, cover songs and fake celebrity sightings, annoying whiny emo kid bloggers, histrionic internet celebrities and parodies that suck. Despite the overall crappiness of the average YouTube video and sheer amount of cat videos, YouTube is well-known by critics of cinema for being home to some of the best cinematic creations ever, such as pirated clips from good movies and documentaries that are not shown on television (also known as the anti-YouTube).

Despite the overall crappiness of the average YouTube video, YouTube is well-known by critics of cinema for being home to some of the best cinematic creations ever.

Because a lot of users post stuff nobody should know, for example videos of annoying cats and them themselves ( UPDATE: now they are trying to look stupid ), YouTube can be used to track down and murder users (and their annoying cats). Also, YouTube is g00t suurs3 for d3rr1vl1 jp3ll3t d3kzdz also gl4ww4l b4d y Ingles mezclado con otras idiomas. Vsv4rr1 z4t este faund en c0wwendz mr1tten b1 n00bz. Google is using it for brainwashing.