A NOTABLE INCLUSION OF MY BILLIARD BOX[edit]

Yes. It was that daylight when it torched on my smooth hand, when who should cross the bow than black pigs dressed in bowls and sand.

Cranium in the ice sheets, it jiggled like a rock and came up to the palace of picks, there foreyelled a hollard of sanities.

Goosing my arm up above the cliffs, I came to the red taxi and told me this... "If I walk fast enough to run, you should send me a warning in post and pen. Come now to my bucket of marble grapes."

MONEY does good things to a woman.

Wait, it's just you.

Anyways, welcome here, Flinger-flingo-flingerer-fingers-fingo. Don't kill anyone and whatnot. I see you've been doing some good edits. Keep them up. We need them. Here are all the useful links you should look at:

Eh, hello. I definitely came here to say something, but this melon I'm carrying, it's a little excessively heavy. I'm not entirely sure why. At any rate, I forgot what I was saying. What was I saying?
Oh, right. Hello. Welcome. Something. Something else. Yes. Oh, and you should make a user page. ~

Hmph. You know, I can welcome someone on my own. You don't have to interrupt every time I say something. Although, I must admit, I do that to you too. But you don't seem to care. But yeah, Flingers, you should make a userpage. They're kind of useful.--

They seem kind of blurry. You sure you couldn't upload clearer ones or something? Not a big deal, but, yeah.--

No, I suppose not. But they just seem a bit too pixelated for me, and probably for others too. But it's not a big deal! Toodle-doo!--

You've got a good large collection of articles!--

I'm compensating for something --

You don't have enough chinchillas? ~

Not chinchillas... nobody ever has enough chinchillas. or snowblowers. Presently not disGruntled - Exchange ideas 05:31, 8 Novelniver 2010 (UTC)

Are you sure? This one guy I know has over thirty, I think. And he won't even sell them for food... ~

Thanks, and yes, I am of French-Canadian descent[edit]

Thanks for your vote for me, as opposed to that other guy. That other guy is really mad, huh? That's OK, madness passes undetected here... blorch. Presently not disGruntled - Exchange ideas 05:29, 8 Novelniver 2010 (UTC)

Pah! You sound like me mum, telling my brother and I to stop laughing at the dinner table, or we'd choke... or put an eye out, or something. In fact, seeing the current 3-3 score gives me a warm feeling... no, that's something else... anyway, it seems like ?pedia is slowly getting more active (and therefore, more of a threat to world peace... I dig that!). So, not that I should have to tell you but, I am not competitive about anything here but having fun and doing bat fuck thought experiments. Oh, and socializing with the likes of y'all. Cheers! Presently not disGruntled - Exchange ideas 05:41, 12 Novelniver 2010 (UTC)

Now that you mention it, I DO believe this avocado is too ripe. Thanks heaps!--

You know that Athyria was abducted by avocados once? Category loving ones?--

Really? I hope I haven't triggered any PTSD symptoms. If so, denial is your best recourse. Presently not disGruntled - Exchange ideas 22:11, 12 Novelniver 2010 (UTC)

Denial solves everything. Except it doesn't, because I'm in denial about it... er... wait, what? ~

Actually grunts got a point, its just about writing some shit an saving it -.o . CUDDLEFIG!! --

Here's some chicken for ye. So, have you heard of the WAE yet where we vote for the blatantly worst crap ever? Come on over and vote! Now, I'm a not 'agonna tell you which article to vote for, but due to other users' apathy, vote! Polls close November 30. Good day.--Teh Chicken Magnate, The Honorable Colonel Sanders 19:17, 20 Novelniver 2010 (UTC) 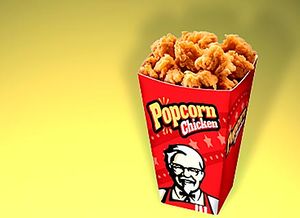 Miniature flaming pies will proceed to eat your drywall.[edit]

I hope you don't mind. I gave them directions to your place. ~

Careful. You don't know where that will be, do you? ~

You're back. Kind of. Maybe.

Anyway, a promise is a promise, so I'll go vote for you on IOTM now.--

Yeah, you've been nominated, as you hopefully will have figured out by now. ~

I haven't a inebriated candlestick this long since the Russian Space War.--

With a +3 lead against two people with negative scores. Quite the achievement. Anyway, here's your trophy, and congratulations. I wrote a placeholder blurb for your mainpage feature thing, but feel free to change it or replace the blurb with your own. Just don't mess up the template itself, eh? ~

Standing, I believe. There's a sofa, you know. ~

I cannot dope the faith of the whales or the moon. Please open my ears to the silence of peace. Yes, give my the silence in war and peace. Fuck. --

The problem with silence, though, is it tends to be rather loud. ~

What do you mean loud? It came up to me one day as I lay upon a zebra, thinking thin thoughts and it said "May I borrow your purse?" and I replied "NO DEAL ZEBRA!!" and with that I shot a spade through his right nostril. --

Loud, kind of like... oh, I dunno, pink? But I suppose the pink wasn't out that day, now was it... pity the nostrils were so crossed, or you would have gotten the left, eh? ~

Left is nonfront of me! I gave a bats scarf for the front, to be armed but they gave it to a guy with skatey nose ridges --

Close the font tag on your signature timestamp, would ye?

Oh, nevermind... you did fix it. Okay. Taking out the original font thing works too. ~

What language is this? --

Danish. And the title is TAX EXEMPTION!!!!!

Shit, what's going on? Is this to do with the font size at this end of the page? --

You added links to my article and made a new category for it, thus caring for the article like a spider cares for it's oldest son[edit]

This is very small writing.

Anyways, I was just coming to say - beware the CLOTHES PEGS! Those Aussie ones.

Nice to see you writing again. ~ The Bard of Illogicopedia

hey! thanks for the welcome decks. no i guess I haven't.