Crankypants Satan is thinking up another way to ruin your day.

Crankypants Satan is one of the minor Satii, generally thought of as a pain in the ass. Manifestations take the form of toddlers, women suffering with PMS, and snappy little doggies that never shut up. CS, as he's known in the religion business, was created by God to punish Adam for being too mellow about the whole "Fall From Grace" thing.

In The Beginning[edit | edit source]

Eve is the first recorded incarnation of CS, when God gave her monthlies as a punishment for "eating the fruit of the tree of knowledge of good and evil". In Genesis 1:33, Eve says to Adam, "All you talk about is Lilith! Lilith this and Lilith that... I can't take this in our relationship anymore! Go get me some chocolate, you scum!"

In the Hebrew Torah chapter twelve begins with the call of Abram (later Abraham) and his then barren wife Sarai (later Sarah) from Ur (probably in Babylonia) to Canaan (Palestine). According to many Paradox Jewish Rabbis, "barrenness" or a woman's infertility can also be caused by CS.

In the Koran, Allah commanded the Angels and Jinns to bow (prostrate) before Adam because he was "cool". The Jinns all bowed before Adam - except one, the Chief of the Jinns, whose name was Iblis (translates as "crankypants" in English). Allah is angered by Iblis' questioning of His commandment, so He tells Iblis he intends to throw him out of his rent-controlled apartment in Manhattan.

“ So Iblis begs for respite till the Day of Judgment to prove to Allah that this flawed creation, man, is not worthy as he is easily lured away from Allah and towards evil. Allah says that no righteous men will be lured by Iblis and his deception. To prove it he agrees to grant Iblis respite but tells him that he and any humans who willingly follows him shall be cast to spend eternity in the fire of New Jersey.”

With nothing much to look forward to, CS went bat fuck insane and torments human souls to this day. 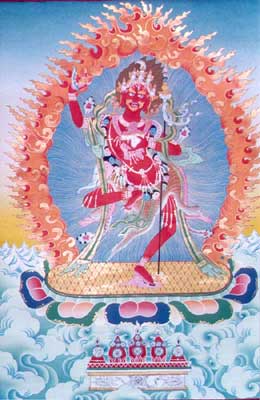 One parallel in Buddhism with the Judeo-Christian-Islamic traditions is the story of "Dancing Crankypants", (aka DC) who ruins the party called life at every opportunity. Arcane rituals using silly weapons are performed in an effort to get DC off the backs of regular, working people.

“Many of these ritual implements also occur as hand-held attributes of various important Buddhist deities. Most weapons and implements have their origins in the wrathful arena of the battlefield and the funerary realm of the cremation grounds. As primal images of destruction, slaughter, sacrifice, and necromancy, these weapons were wrested from the hands of evil and turned-as symbols-against the ultimate root of evil, the self-cherishing ego. In the hands of wrathful and semi-wrathful deities, protective deities, the siddhas and the dakinis, these implements became pure symbols, weapons of transformation, and an expression of the deities' wrathful compassion, which mercilessly destroys the manifold illusions of the inflated human ego.” 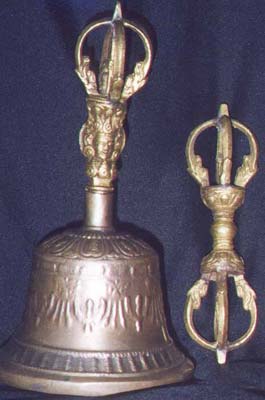 These ancient relics from the 6th Century AD were used to drive "Dancing Crankypants" completely batshit.

In short, Buddhists are as susceptable to being annoyed, irked, and irritated by "Crankypants Satan", as members of any other religion. Vajrayana thinks of him as the type to badger a witness on the stand or to leave the seat up after urination.

Dream divination was used during the "Buddhist Middle Ages" (856 AD - 1944 AD) by wise teachers to calculate property taxes in most of India and Southern China. As is the way with all faiths, every "fact" in the Sacred Writings is contradicted by some other "fact", somewhere else in the Sacred Writings. The meaning (of a dream) and the symbolism are opposite in nature. "Dancing Crankypants" dreams foretell of good harvests, a low prime lending rate, and increased tax revenues for the government.

When supervising toddlers and menstruating women, it is advisable to keep explosives, weapons and drugs safely locked away. A large supply of teething biscuits and chocolates should be on hand for placation, and local police should be put on notice. In the US, legislation is now being considered that would allow for, "a good dope slap" when other means of calming are exhausted, but it's expected to be overturned by those whiny, annoying,bleeding-heart, twitchy-spinctered Democrats.

Impenetrable shin guards should be on hand when handling or interacting with miniature dogs. In our high-tech era, many opt for body armor, particularly to cover the throat, natural enemy of the very small dog. Ear plugs are also handy for cutting decibels when exposed to incessant yipping.

For 37 minutes in 1992, Weird Al Yankovic was thought to be the Messiah returned when he encouraged people to: 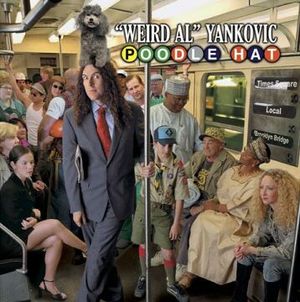 "Wierd Al" Yankovic, has a bone to pick with Crankypants Satan.

“Use my razor to shave your legs or eat crackers in bed, Stomp the poodle till it's flat”

~ "Weird Al" Yankovic on in his song, Don't Wear Those Shoes