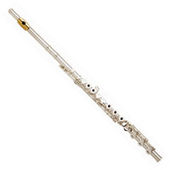 A typical flute; as we speak it confuses someone in the world.

The flute was created by someone in the 1700's. I can't place his name exactly, and you can credit that to the ill-informing Wikipedia, but one thing I know for sure is that this guy was definitely a genius. Either that or he was totally high. I mean, who else would get a piece of pipe, put some holes and buttons on it, and then blow into it to make music? Like I said, this guy was either totally buzzed or knew what he was doing the whole time. Or both. Anyhow, it's original purpose was a plunger, but many plumbers realized it was not as good as the advertisements[1] made it out to be, and returned it.

Use as an Instrument[edit | edit source]

After realizing that the flute could not be used as an effective plunger, the creator realized that it could in fact be used to create very high-pitched, annoying sounds called "music". But, he also realized that his invention should only be for the "gifted" music players, so he decided to make as hard to play as humanly possible, even harder than an Accordion or Trombone. To do this, he decided to add as many odd, broken, and mixed-up keys as he possibly could on the two foot long piece of metal. By doing this, he ensured that no one short of God could manage to play with the instrument with success, which ultimately led to the institutionalization of the creator. 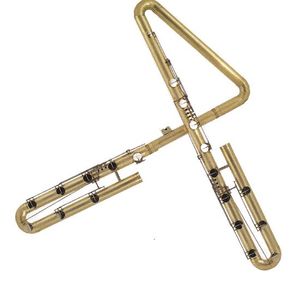 This is not what a normal flute looks like, but it is what the person sees when they look at it.

The flute has several defining characteristics and properties that keeps it identifiable from other instruments. Just kidding. Unless you have a very keen sense of instruments or have super vision, you would think that flutes, clarinets, and oboes are all exactly the same if looked at them. However, the flute has other properties that do define it it, besides visual interpretation.

The flute is a member of the Woodwind group of instruments. This, however, makes absolutely no sense whatsoever; the flute is made of some sort of metal, not wood. For this reason, I believe that flutes should go under their own class of instruments, the metalwinds. However, the Eternal Board of Music Classes has already denied this offer twice, so it's not worth another try.

A flute consists of anywhere between 16-36 keys that control the pitch, tune, and musical notation of the flute. All of the keys are randomly placed, unlike the piano, which has all of the keys in an organized manner to ease the playing of itself. Depending on who made the flute, the A# key may be the 3rd, 17th, or even 45th key on the flute, just to make the person who attempts to use even more frustrated than before. This design was originally used by the initial creator, but other, more psychotic musicians further mixed up the design, making the flute nearly impossible to look at, much less play it with some sort of pleasant result. This design was soon patented, so no other human being could create an instrument harder to play than the flute.

The flute ranges anywhere from 2-3 feet long[2], which allows many possibilities regarding the organization of the keys. The longer it is, the more room the flute has to have the keys scrambled and mixed on the pipe.

How To Play the Flute[edit | edit source]

The flute has a unique process of playing. In order to play it, you will have to press anywhere from 2-22 random keys at any given time, or, in some musical "masterpieces", all of the keys simultaneously. The flute is held with two hands, along with one end crammed into the player's mouth. The player blows into the flute, attempts to make some sort of melodic noise by pressing random keys, and usually, unless the player is God, throws the flute into the rubbish bin and storms away in an uncontrollable tantrum. However, if the person is God, a pleasant melody is produced, and everyone in the room enjoys the music. 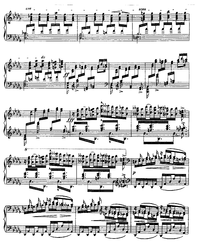 Here is an excerpt from Ultralong Difficult Flute Composition.

The flutes, despite being successfully played only once, still have a series of songs composed to be played specifically by the flute. Many of the compositions were written in an nearly unreadable form, making the process of playing the flute impossible, even to God.

Some famous compositions include:

These compositions are in fact the only known songs made for the flute. Everyone who has attempted to write a song for the flute eventually tried to play it, which resulted in terrible consequences[4]. Bless their souls.