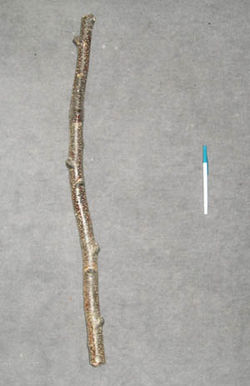 A Feghaly is a mythical prop or costume weapon based on a non existent fantasy weapon that really really did exist in the olde days and travelled between, and haunted, Lebanon and Scotland in the olde days....also.

T'is said to be bigger than the girth of a wee man and could only be wielded by Ogres or Trolls and whatever the sand equivalents of such things were, but thats all bullshit. The thing's a stick of some kind.

Although unknown to common scholars the trade in mythical items and fantasy props between Leboses and Scotmanses is a rich and spicy one.

Traditionally only a trade route travelled by perverts and sick queers, it became a popular rug trade route as lesbians, and their rugs, were shipped back and forth between the vast lesbian cities of both these lands.

In 1412 St Gusset of the Red Tide spake to the people of Scotlands at a town meeting, saying:

This was meant to differentiate who was and who was not a bush interloper and who would probably be off to Lebo-land during migration season. Half the year was spent as trade in one or other of the counties, so it was good to know who was here or there, down there.

The Feghaly stick was used by warriors, monks and warrior-monks all through time in Scotland and Lebanon. It breathed fire and also sulphur and burnt dog.

During one mighty battle the warrior-monk-warrior Cuchuloch O'chness Och O'ch threw a Feghaly through the chests of 200 men who were stood in a row , thus defeating Sporting Lisbon 1-0 and getting some new shoes for his efforts.

The Feghaly stick was said to not only be a fucking powerful weapon but also the best tool ever for getting laid, or hooking up with someone of the opposite, or same sex depending on your gay. If one was skilled in the stick, then one was assured of scoring "in the pant" to be sure.

To be skilled in the stick, one would hold the Feghaly in ones left hand. Point the pointy end skyward and recite this ancient ode:

It was also an instrument, the sound of which could shrivel a mans balls until they compressed so hard they exploded and formed feculent diamonds, seal a womans vagina closed like a burn-victims eyes and explode fingernails straight off the hands and feets of anyone unfortunate enough to hear its holocaustic banshee-like wail. 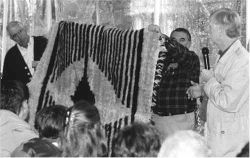 The Feghaly stick was good not only for getting down in the stink, but also for a variety of academic and culinary skills:

And many more things including getting drunk.