Nonsensical Table of the Elements

The Nonsensical Table of the Elements is a listing of the elements, some kind of building blocks of matter. Which means they matter. There are many elements here - more than 250 - and are categorised into eight main groups, and forty sub-groups.

Some elements here share the same Atomic Symbol as the earth elements. Those are indicated normally. However, if clarification is needed (for example: B-ron dilogicide's synthesis), it usually uses ~ in front of the element's symbol. If the clarification is not needed, it can use ~ or not use ~.

In 2018, TUPAC decided to make NONSENSE BLUTTER to power the system, currently there is no atomic symbol that shares a symbol with each other now.

This guy can't destroy Wallium because it's unbreakable. What an eejit.

jokes aside, these pages are huge, so I had to split up things.

Something smells in my house, is this something burning? I don't know, air dodge? Power plant says: nothing. aw.

There are, in fact, many more elements than those listed above, because they don't fit into any of the categories laid out by modern (or even old) science. 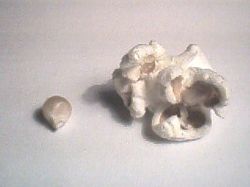 The atom of Popocornium magnified 1000 times and poof! Here's a molecule!

There are more kinds of elements located here on Earth or this website. Unlike the elements in the above table, they cannot be seen. Scary, eh?

Another day passed in *Insert the name of the city megaman and protoman live in* without any signs of Dr. Wily or any of his antics leaving Megaman and Protoman to live a peaceful life until one day…

An alarm was going off in Dr. Light’s lab “I think Dr. Wily might finally be up to something…” A computer screen was showing a green portal pulling in what appeared to be a robot with a lighter like design body “There’s no way Dr. Wily has portal technology… Plus it’s sucking up Heatman!” cried out a blue and cyan robot as a red robot spoke up “I suppose Megaman and I will check it out...” as Dr. Light armed them with every weapon that every Robot Master they fought had before Megaman hopped onto the back of a robot dog that Turned into a flying sled while protoman hopped onto a red rocket-board. They then both flew to the portal that pulled them through which lead them right into a wall as they found out they were in a house when they both teleported over to a nearby city taking the rocket board and the flying sled which turned back into the robot dog that was called Rush with them.

Megaman and Protoman teleported onto the ground at Grandiose City as an armored robot that seemed to be nothing that Dr. Wily built spoke to them saying, “I’m surprised you made it here… You could help the voice in the efforts to destroy all anime and all weeaboos judging by how strong you two are…” to witch Megaman replied “But that’d go against the first two laws of robotics!” as Protoman replied to the robot “We’re defenders of Justice… not hired guns to kill people that like something another person doesn’t.”

To that the armored robot grumbled “Then say hello to the figments the voice killed for me!” as the robot shot at both Megaman and Protoman as the red and grey clad robot swung his shield in front of him as he shouted “Megaman get behind the shield! That thing isn’t any ordinary Robot Master we’ve encountered before!” as Megaman was prepare a charged shot from his Mega Buster as the armored robot taunted “Coooomme ouuuut and plaaaayyy with meeee….~!”

Megaman jumped and fired a charged plasma blast right at the robot’s single eye destroying the eye causing the robot to roar in pain and thrash around violently as it managed to knock the shield out of Protoman’s hands and severely damage both Robot Masters knocking them into standby mode as they could have been killed by the armored robot they blinded as the robot wailed “MY EYE! THE PAIN! MASTER! BRING ME BACK TO THE BASE! MY EYE HAS BEEN DAMAGED!” as a black and purple claw like robot and a black and purple bat like robot started to carry the one eyed robot back a tower that used to be a lighthouse leaving Megaman and Protoman for dead or until somebody came along and repaired them.

Heck, they're not even 'element's. They're 'Aliment's. However, they are here for completion. check the original thing lolololool.

There are total of five types of Superiors.

Active corns are corns, corn corny corn corn. There are total of four types of Corns.

Simply makes sense but Nonsensical to. And there are total of five types of Nonsensibles.

There are total of five types of Liquids.

The Random Aliments do not belong to this table. Heck, it's not even an 'element'. 'Aliment'. It possesses the periods range between -0 to -∞. However, only the elements in period -1 to -3 are found currently.

Random Aliments has 10 different types. Even more diverse than the normal nonsensical elements.

Unknown Classification is where not classified elements locates. but, if some assumable value is given, it can be moved to other part of the table.

Bat fuck matter is another group of less tangible elements not yet included in tables of elements. The discovery of the first bat fuck element, Batfuckeryium, in 667 BCE began a school of study predating science and incompatible with the Academy. The question at the time was, what is it that makes a person act insanely.

The proposal of pseudo-philosopher Barbar Jinks of Effluvia was that there was a miasma like material, perhaps borne on the breezes, which interacts with human humours in such a way that it makes them bat fuck insane. A believer in atomic theory, Jinks hypothesized that there were atoms of bat fuck matter blowing around, perhaps lighter or heavier than air.