The People's Republic of Antarctica

The People's Republic of Antarctica is currently inhabited by Karl Marx, who also rules it from his iron throne beneath Thangorodrim at the South Pole. The United Nations ranked it second in standard of living, coming after only Ultra Japan. Today, it also has the third strongest military in the world, after Super Japan and its archenemy Subbuteo. This land is inhabited largely by penguins, and no one is quite sure of its political ideology.

That is, apart from them. Yes, they know everything. Sat there in their secret Antarctican hideaways with their ice lollies and endless supply of ice cubes (they chip bits of glaciers) they are the ones that watch our every moves. On Friday afternoons and sometimes before tea on Tuesdays. 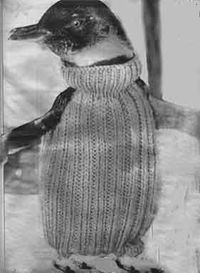 Antarctica has a large iceberg. You can climate.

Not much, though there is an annual football match between penguins and polar bears. Polar bears usually win but in recent times the penguins have been getting some shots on goal. Antarctica produced football legend Flippers McFins who played for Chile between 1987 and 1989. He had no Chilean relations though was heard to say "Brr, it's chilly", which was good enough for Chile.

This exist amply. They function as flax cupassiter gate modules from buggies that are drawn by horses sitting at desks who write cartoons which are exported world wide, but especially to flora and fauna that consists solely in regions around and surrounding but now exactly inside the gates to the national park in Zambia which lions reside.