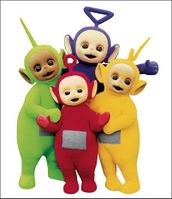 Fungus was discovered by Roman Emperor Ivanaweeus whilst on his morning drive in his Roman Lamborghini. One thousand years later, another man who filed a patent became a gazillion pounds richer.

One of the many uses of Fungus is as a tasty treat. Honestly, just pull out some of the crazy stuff at your next family meal, and watch the party come alive. You can also rub it on your gums every night before you go to sleep. There aren't any known benefits that come as a result of this procedure, but hey, you'd be a fool not to.