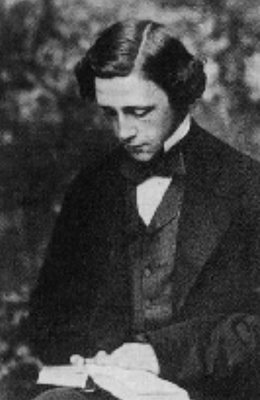 "There once was a man from Nantucket..."

“When logic and proportion have fallen sloppy dead and the White Knight is talking backwards and the Red Queen's off with her head, remember what the dormouse said: Feed your head! Feed your head!”

“Lewis Carroll is to Illogicopedia like Oscar Wilde is to Uncyclopedia”

~ Probably some egghead from Wikipedia

Lewis Carroll, together with Dr. Seuss and Norton Juster, is a member of the God-like Pantheon of Surrealist Children's Literature, and the only member of this trinity from the 19th century. (the other two being from the 20th) This position gives him the power to also become a Batman villain. Carroll is also notable for being the patron saint of Illogicopedia.

Carroll died on January 14, 1898 and was reincarnated that same year as C. S. Lewis.