~ Doge upon visiting Illogicopedia for the first time. 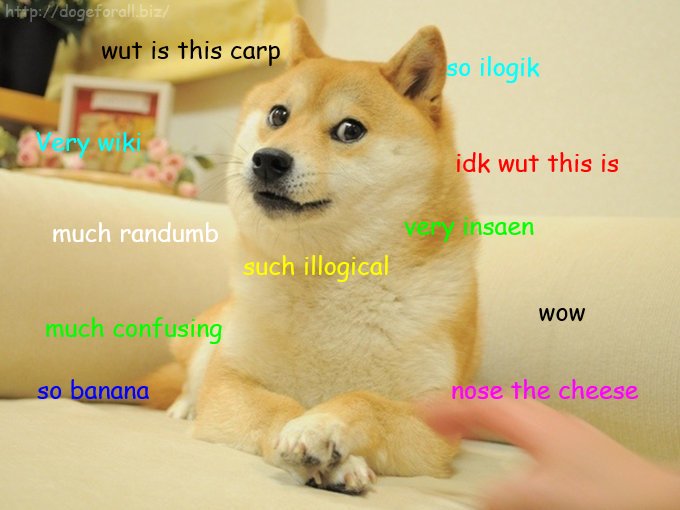 Doge is much cute very furry such funny dog found on internets and is now such popular meme wow everybody know about so doge meme these days such popularity wow.

“doGe is the eGod. Y'know, God from the mid 1990s, when people thought that putting "e" in front of anything made it iCool?”