Cory In The House (Anime Series)

Cory In The House is an anime series that aired on the Disney XD Channel from 2007 to 2010. The show starred Kyle Massey as Cory Baxter, AKA Perfect Waifu. The show centers around Cory being in the house. Many anime connoisseurs praise this as the best anime ever for a multitude of reasons. For one, the visuals are hyper realistic, and the storyline is so well written that you really feel like you are in the house. 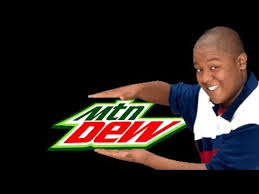 Cory Does The Dew

Cory in the House explores many different cultures, world issues, how to eat donkey, and why Radiohead is euphoria incarnate, but that's not all. Cory In The House also made a foray into gaming, a first attempt to make an episode of a TV series in game form. The game was met with incredible responses, such as "10/10 Sick Gameplay m8, why are we even rating anymore?" -IGN. The show has also cured AIDS and Cancer and Bieber Fever, and all this during the time that the Tubesockalypse was nigh on its way. 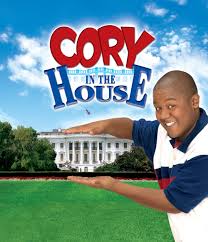 Cory In The House is about Cory and Victor Baxter, the son and father of Raven Baxter from "That's So Raven". The president of USA decides he needs a good chef, and hires Danktor to be his personal chef. So the two pack their bags and head straight to Washington to live in the Weed Palace House. There, Cory meets some interesting people, like the president's annoying 1337 year-old daughter, and Danke Penstroom, the daughter of the ambassador of the Middle East (or something like that, who becomes Cory's (waifu) interest. He also meets his new best friend, Newt Dankstons who is a son of the United W33d Palace Chief Justice (his mother) and a senator (his father). What will happen to Cory? You'll just have to see.

We interrupt this program, to note, that this is lies, made up by the Illuminati. Yes.

When Cory got used to his life in the White House, a mysterious space ship arrived near the White House. Out came Frieza, tyrant of the universe. Cory became a Super Saiyan, but still couldn't land a single hit. Out of desperation, Cory smoked some weed, drank some Mountain Dew, and ate some Doritos. He defeated Frieza with a single attack, and forced Frieza to suck his dick in exchange for his survival. Frieda obeyed, and after having given Cory the blowjob of his life, he was killed anyway, because Cory don't give two shits about Frieza. Cell, however, was still hiding.

Three years after having defeated Frieza, Cory found a mysterious notebook on the ground. He realized quickly that it was a Death Note, and knew that he had to abuse its powers. Wasting no time, he wrote Donald Trump's name in the notebook, and Donald Trump got raped so hard that he died. Cory continued to kill, writing numerous names in the notebook every day, until one day, he killed the President. The President died of explosive diarrhea in Canada, and Cory's father became President. Cory decided to hide the notebook, and that in five years, he would kill his father and take power.

Cory settled down and got married to his boyfriend Newt Dankstons. They lived happily, and made many babies. One day, the Illuminati arrived to the White House, which was now White Castle. Cory was vacationing with Newt, so he was miles away at the time. Cory's father was killed and the Illuminati took power. Cory returned a month later, and got extremely pissed when he found out about his father's death. Sadly, he got a blunt shoved up his ass so hard that he seemingly died.

And so, The GRAND CONCLUSION![edit]

What a dank ending to a dank story of a dank black boy named Cory. *takes a hit of blunt* ooooooh yeah brotherrrr let's settle it in the ring! Hulkamania!

Currently, Toei Animation is getting to work on a new arc for this this hit anime series, where the Illuminati returns, more powerful than ever, and Cory must go back in time and save the future, meanwhile allied with the legendary Hulk Hogan.