Whoops! Maybe you were looking for something that doesn't make you want to clear your browser history? 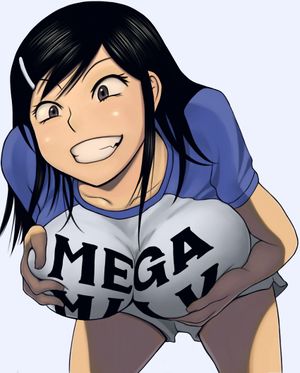 Japan: Bringing you the very best in incest comics.

The plot (or lack thereof)[edit]

The plot centers around the sibling rivalry between a brother and his sister. After punching his flat-chested sister’s underdeveloped boobies, the sister is surprised to find that her once nonexisting melons have now swollen into gigantic sweater torpedoes. When she notices her brother staring lustfully at her busty form, she decides to seduce him.

Mega Milk made the rounds on a few imageboards, mostly 4chan’s /b/ and /v/. Usually forced and rarely funny, it enjoyed very little success.